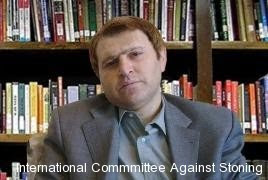 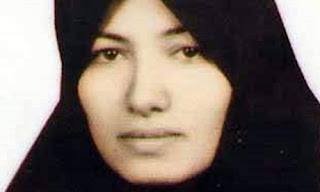 2 March 2011
The Islamic Republic of Iran has sentenced Houtan Kian, the lawyer of Iran stoning case Sakineh Mohammadi Ashtiani, to death by hanging. He had received four consecutive death sentences. Three were revoked; the fourth has been upheld. Reliable reports received by the International Committee against Stoning confirm this fact.
Houtan Kian was arrested in October 2010 along with Sajjad Ghaderzadeh, Sakineh Mohammadi Ashtiani’s son, and two German journalists during an interview. Whilst the latter three have been released, Houtan Kian faces imminent execution. Moreover Sakineh Mohammadi Ashtiani’s death sentence has been confirmed. Upon hearing the news, it is reported that Sakineh attempted suicide but survived.
We are outraged at these heinous sentences of death and are calling for urgent action to stop their executions and secure their immediate and unconditional release. They have done nothing wrong. Houtan Kian’s only crime has been to defend a woman facing death by stoning. Sakineh’s only crime has been to be a woman in the Islamic Republic of Iran and under Sharia law.
Only strong international pressure will and must save them and the many others awaiting their death in the execution capital of the world.
Mina Ahadi, Coordinator of the International Committees against Stoning and Execution
Patty Debonitas, Spokesperson of Iran Solidarity
Maryam Namazie, Spokesperson of One Law for All
Also see a recent letter from Houtan Kian sent out of prison here.
ACT NOW!
Write, call, fax, and email officials demanding an end to the executions and the immediate and unconditional release of Sakineh Mohammadi Ashtiani and her lawyer, Houtan Kian.
You can contact the embassies of the Islamic Republic of Iran, foreign ministries in your country of residence, MPs and MEPs, the Islamic regime’s judiciary, the UN, EU and others.
You can also do an act of solidarity in a town centre to highlight their case, take action via social networking sites and raise the banner of ‘Free Houtan Kian and Sakineh’ and ‘End Executions and Stoning Now’ at upcoming International Women’s Day events.
Please send copies of any protest letters, actions and emails, and acts of solidarity to iransolidaritynow@gmail.com.
For more information contact: Mina Ahadi, minaahadi@aol.com, Tel: +49 (0) 1775692413 or Patty Debonitas, iransolidaritynow@gmail.com, Tel: +44 (0) 7507978745.
For useful contact details, click here.

Mostafa Saber: On revolutions in Egypt, Tunisia, and Iran