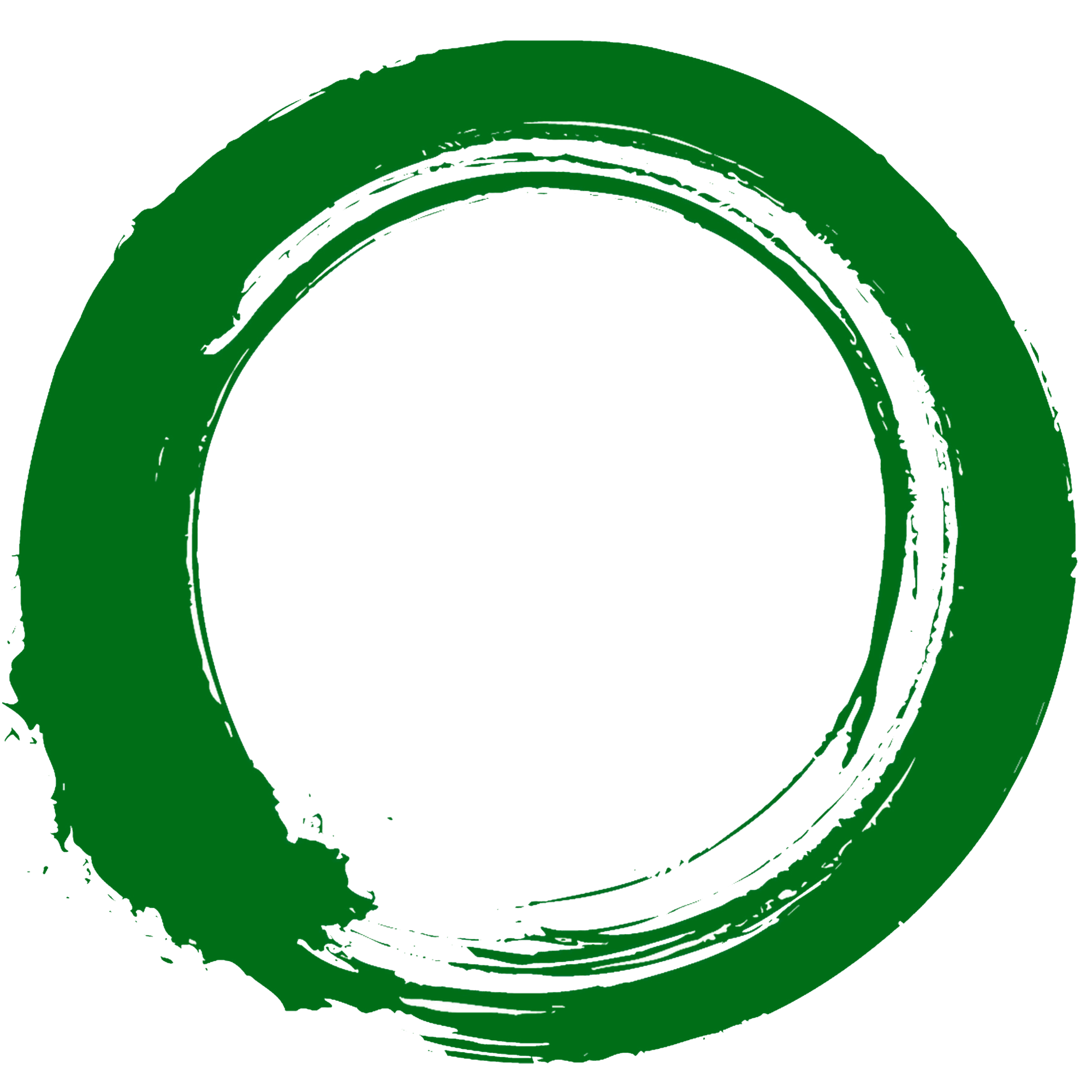 Council of Ex-Muslims of Britain will celebrate the first ever International Atheist Day with a panel discussion of ex-Muslim women speaking out, namely Somali Poet Halima Salat, Moroccan Activist Ibtissame Betty Lachgar, CEMB Spokespersons Maryam Namazie and Sadia Hameed, Ex-Muslim YouTuber Mimzy Vidz and Faithless Hijabi Founder Zara Kay. Singer/Songwriter Shelley Segal will perform her new songs and there will be an art exhibition by Samint. CEMB’s 2019 awards and Coming Out Ceremonies will follow. Nahla Mahmoud will MC the event.

Tickets for the event at a spectacular venue in central London are only £10 waged and £5 unwaged and includes access to the full event with drinks and appetisers.

Halima Salat is an ex-Muslim Kenyan Somali. She defines herself as a free thinker, a rebel and an atheist. She was born Muslim but no longer believes in Islam. She was a closet non-believer for a while until when she came to live in the Netherlands 3 years ago. Halima just recently had her “coming out” declaration in Amsterdam. She has many problems with Islam but the core problem is that she truly believes Islam is against a woman’s individual right to steer her own path. Halima is also a spoken word artist and reads her poetry in the few English spoken word scenes in Amsterdam.

Ibtissame Betty Lachgar is a clinical psychologist specialised in criminology and victimology, particularly violence against women and sexual violence. She is co-founder and Leader of MALI (Alternative Movement for Individual Liberties), which is universalist, feminist and secularist. The civil disobedience movement fights for individual liberties, against discrimination and breaks taboos. Their first action in 2009 was a picnic during the day in Ramadan to protest against the law which condemns those “known as Muslim” who do not fast to 6 months in prison. In 2012, she invited the NGO Women on Waves from the Netherlands (Abortion Boat) to fight for the right to abortion and for the decriminalisation of abortion. She also organised a Kiss-in in 2013 and coloured Rabat’s fountains in red in 2017 in the fight against violence against women. She initiated the first LGBT movement in Morocco in 2012, the IDAHOT. Her work is censored by the majority of organisations in Morocco, even progressive and feminist ones. Ibtissame has been the victim of sexual assault by the police whilst in custody for her protests in Sept 2016. There is a trial in progress against her and she has faced numerous threats as a result of her work.

Maryam Namazie is Co-Spokesperson for One Law for All, the Council of Ex-Muslims of Britain and Fitnah. She hosts a weekly television programme called Bread and Roses. She is on the International Advisory Board of the Raif Badawi Foundation for Freedom; National Secular Society Honorary Associate; a Patron of London Black Atheists and Pink Triangle Trust; International Advisory Board Member of Feminist Dissent and a columnist for The Freethinker. The Islamic regime of Iran’s media outlets has called Namazie immoral and corrupt and did an ‘exposé’ on her entitled “Meet this anti-religion woman.” Maryam was a character in DV8 Physical Theatre’s Can We Talk About This?, which deals with freedom of speech, censorship and Islam. She was awarded the 2017 Henry H. Zumach Freedom From Religious Fundamentalism award; 2016 International Secularism (Laicite) Prize from the Comité Laïcité République and was honoured by the National Secular Society for her campaigning work defending free speech at universities (2016) despite attempts at barring her by Student Unions or Islamic Society efforts to intimidate her and cancel her talks. She was also awarded Atheist of the Year by Kazimierz Lyszczynski (2014); Journalist of the Year at the Dods Women in Public Life Awards (2013); selected one of the top 45 women of the year by Elle magazine Quebec (2007); one of 2006′s most intriguing people by DNA, awarded the National Secular Society’s Secularist of the Year Award (2005), amongst others.

Mimzy Vidz (Marwa) is an ex-Muslim Youtuber who discusses issues that Muslims and non Muslims face. She is part of the movement to normalise ex Muslims and put an end to blamsphemy and apostate scrutiny in Muslim communities and raise awareness of these problems. Marwa went to a Muslim school most of her life in London. She was a very religious Muslim and involved in various Muslim organisations and communities before becoming an Atheist 2 years ago.

Nahla Mahmoud is an environment and human rights activist originally from Sudan. She works with a number of campaigns in the UK, including One Law for All and Secular Middle East and North Africa. She leads the Sudanese Humanists Group and is former Spokesperson for the Council of Ex-Muslims of Britain.

Sadia Hameed is a Spokesperson of the Council of Ex-Muslims of Britain and has been featured in a 2016 film, “Islam’s Non Believers”, by award-winning filmmaker Deeyah Khan. She is also a human rights activist and Honour Based Violence, Forced Marriage and FGM Consultant, based in Gloucestershire, working in the sexual violence field, with a focus on Black Minority Ethnic women. Sadia organised a hugely successful event titled ‘Let’s Talk Honour’ in October 2016, which was held at Gloucester University. She also launched Critical Sisters. She is Winner of IKWRO Special Recognition: Activist of the Year 2017.

Samint is a painter and a universalist secularist feminist who uses her art as a weapon against patriarchy. Her goal is to highlight and expose the violence due to male domination, and to condemn the numerous religious precepts imposed on girls and women. Her recent collection, entitled ‘the basics of patriarchy’, denounces the oppression of the islamic veil through works entitled “my hair is mine” and “modest men,” the extremism of islamist group Boko Haram through hashtag #BringBackOurGirls, and against female circumcision and the commodification of women’s bodies.

Shelley Segal is a singer-songwriter involved in secular activism. Her first record, “An Atheist Album” is a passionate response to dogmatic belief, inequality, religious oppression and the idea that only the devout can be grateful and good. The record gives a voice to the often underrepresented views of non-religious people, the fastest growing minority in many countries. It also creates opportunities to discuss issues of secularism with the mainstream media. Her voice has taken her around the world including England, Australia and ten tours of the United States. She has released seven recording projects of her own and runs independent record label True Music where she works with other artists. An award winning songwriter, powerful performer and explicit story-teller, Shelley uses her music not only to express the way she sees the world but to create the world she wants to see.

Zara Kay is a Tanzanian ex-Muslim Atheist Activist, based in Australia. Zara spent most of her childhood in Tanzania and was brought up as a Shia Muslim in the Khoja Shia Ithnasheri Jamaat society. Zara is the founder of Faithless Hijabi, a platform to enable ExMuslim women to share their stories, about their journey from religion to reason. Over time FH expanded to being an advocate for women’s rights, from organising funding to collaborating with teams internationally to ensure women who had left Islam are getting the support they need.