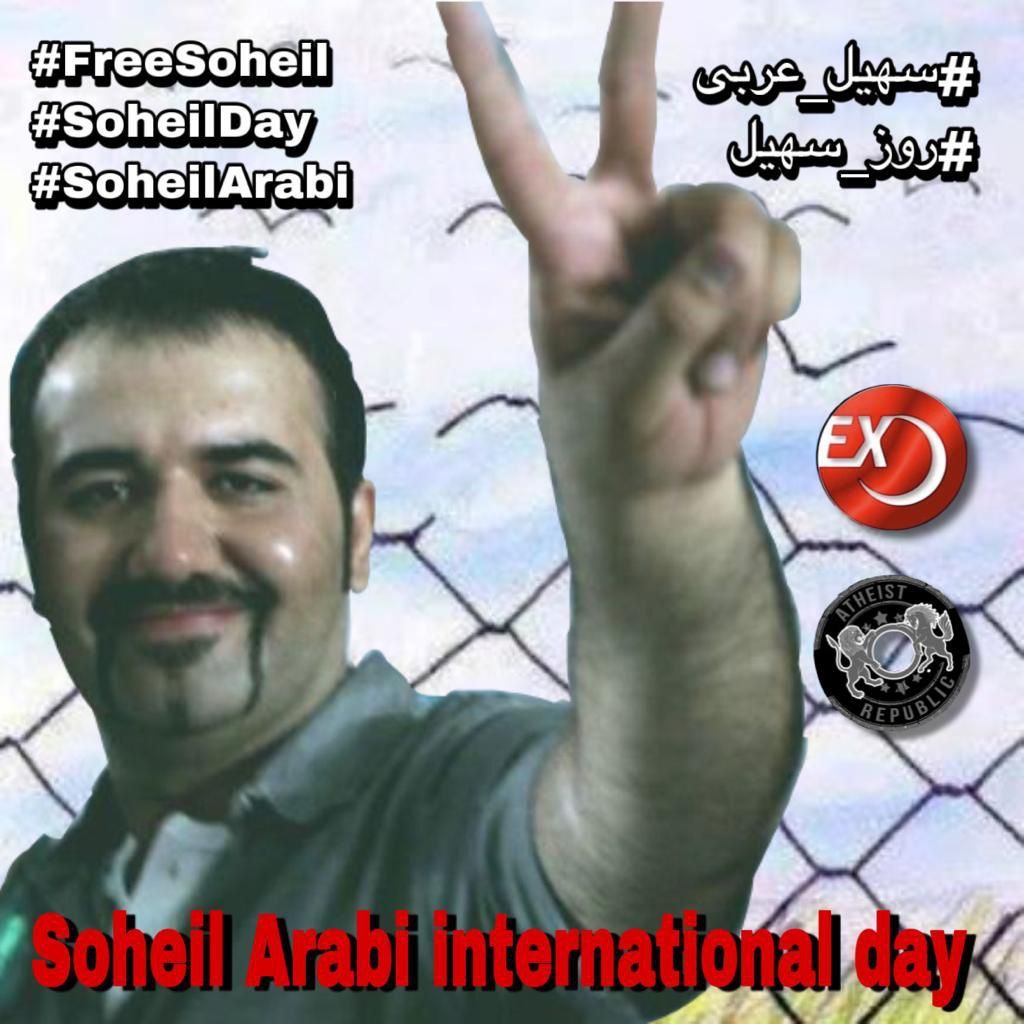 Farsi, Arabic, French and Spanish translations and list of Signatories in link below.
To add your signature, please email maryamnamazie@gmail.com or add your name and description here. The list will be updated daily until end of 3 October, International Soheil Day.

Soheil Arabi is an Iranian atheist initially sentenced to death for ‘insulting the Prophet of Islam’ in Facebook posts. Due to public pressure, his sentence was reduced but he continues to face multiple additional charges in attempts to silence him since his arrest in November 2013.

In August 2021, his lawyer Tweeted that Soheil had been sentenced to yet another 2 years in prison for ‘spreading propaganda with the intention of disturbing public opinion,’ because of his outspoken advocacy for atheism and prisoner rights.

We, the undersigned, are extremely concerned about Soheil’s life and safety and demand his immediate and unconditional release.  We unequivocally condemn blasphemy laws that persecute freethinkers for their conscience and expression.

In order to defend and stand with Soheil Arabi, we call for 3 October to be International Soheil Day.

On this day, we urge the public to highlight his plight by rallying at Iranian embassies, contacting members of parliament in their countries of residence, writing protest letters, Tweeting #FreeSoheil #SoheilDay #SoheilArabi and sending messages of solidarity to Soheil and his mother Farangis Mazloum who has been targeted for defending her detained son.