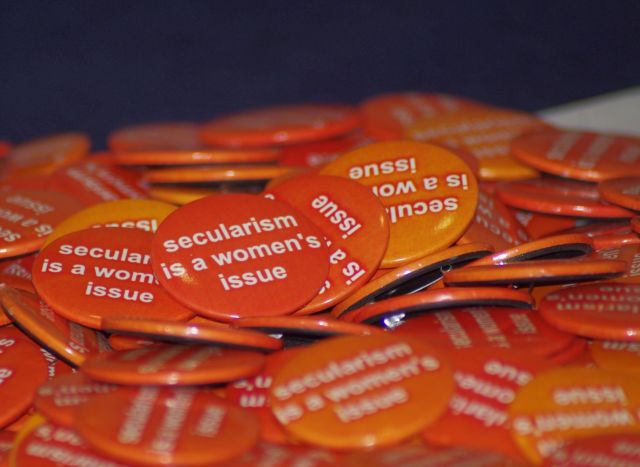 Conference on Sharia, Segregation and Secularism

Join notable secularists and veteran women’s rights campaigners for a conference on Sharia, Segregation and Secularism at a spectacular venue in central London on Sunday 25 November 2018.

The conference will raise key issues surrounding religious arbitration, the veil and gender segregation at schools and universities, including as part of the religious-Right’s assault on women’s rights. It will also highlight the voices of people on the frontlines of resistance, the gains made by secularists both in the UK and internationally, and the importance of secularism as a minimum precondition for equality. Challenges that secularists continue to face and priorities for continued collective action will also be addressed.

The conference will mark the tenth anniversary of the One Law for All Campaign for equality irrespective of background, beliefs and religions.

Tickets can be purchased here. Conference venue will be given to ticket holders closer to the date of the event. Please note that tickets cannot be bought at the door and must be purchased prior to the event.

More information on the conference is available on its website.