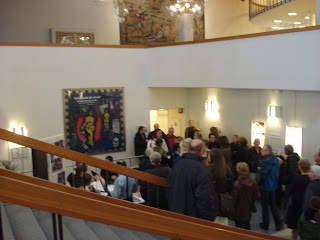 Maryam Namazie will be speaking on Islam, stonings, honour killings and women’s rights.

WOMEN stoned to death by a law?

Two sisters in Iran sentenced to stoning for adultery crimes because they were seen in the company of two men. The man to one of the sisters had managed to get video evidence of this. Supreme Court Iran has confirmed the death sentence and is now awaiting stoning.

The sisters became a initially convicted of unlawful intercourse which should have led to 99 lashes each, but following the right time, they were sentenced instead of the infidelity offense, despite the video evidence is not contained any sexual activities.

Why are women punished in this Stone Age-related way? Maryam Namazie discusses this. She is a very well-known human rights activist, TV host and commentator of TV programs Iran, the Middle East, women’s rights, cultural relativism, secularism, humanism, religion, Islam and political Islam. She is also the spokeswoman for Ex-Muslim Council of Britain, etc. Tuesday, April 15 at 19:00 Kulturhuset in Boras Small Stage Arranged by the Global Association of Borås in cooperation with the Cultural Diversity Consultant West Götaland and Culture Office.