How sexual apartheid works with children – in photos

How sexual apartheid works with children – in photos

Here are three consecutive photos of the Parsian Children’s Ensemble. The first photo was rejected because the girls are unveiled. I assume that the reason they are unveiled is that they are too young for compulsory veiling, which is the age of nine, when incidentally girls can also be ‘married’ off and you know the rest.

In the second one, though the girls are now veiled, the photo was still rejected because their veils were insufficient and their arms were showing; the genders were also mixed (shock, horror!) .

The third photo finally satisfied the censors – it was perfect. Girls nicely covered up and in the back where they belong… 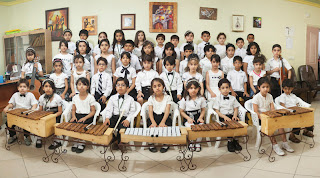 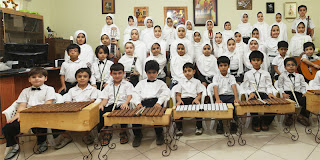 Seriously though, to read the most brilliant piece against child veiling and in the defence of the child, read Mansoor Hemat. Start reading a few paragraphs down. Here’s a quote from it:
‘The child has no religion, tradition and prejudices. She has not joined any religious sect. She is a new human being who, by accident and irrespective of her will has been born into a family with specific religion, tradition, and prejudices. It is indeed the task of society to neutralise the negative effects of this blind lottery. Society is duty-bound to provide fair and equal living conditions for children, their growth and development, and their active participation in social life. Anybody who should try to block the normal social life of a child, exactly like those who would want to physically violate a child according to their own culture, religion, or personal or collective complexes, should be confronted with the firm barrier of the law and the serious reaction of society. No nine year old girl chooses to be married, sexually mutilated, serve as house maid and cook for the male members of the family, and be deprived of exercise, education, and play. The child grows up in the family and in society according to established customs, traditions, and regulations, and automatically learns to accept these ideas and customs as the norms of life. To speak of the choice of the Islamic veil by the child herself is a ridiculous joke. Anyone who presents the mechanism of the veiling of a kindergarten-age girl as her own ‘democratic choice’ either comes from outer space, or is a hypocrite who does not deserve to participate in the discussion about children’s rights and the fight against discrimination. The condition for defending any form of the freedom of the child to experience life, the condition for defending the child’s right to choose, is first and foremost, to prevent these automatic and common impositions. Anyone who thinks that in the matter of the veil there is ‘no difference’ between the child and the adult, should, before becoming a member of any editorial board or any Scandinavian Committee of any organisation, urgently do something about her own backwardness and ignorance about the basics of the issue under discussion. ‘

Sharia Law is a code of despair; a code obsessed with women