On Saturday, I went to the National Secular Society’s Secularist of the Year award ceremony.

Peter Tatchell was the deserving winner for his life-long commitment to human rights.

NSS President Terry Sanderson said of him: ‘But he has persevered and now he has made the unprecedented transition from public enemy number one to national treasure.’

Tatchell’s been an amazing advocate for 45 years. Some of the things he’s done includes being convicted under the 1860 Ecclesiastical Courts Jurisdiction Act 1860 for interrupting the Easter Sermon of the then Archbishop of Canterbury  in protest to his support for laws that discriminate against gays and ambushing the motorcade of the Zimbabwean dictator, Robert Mugabe, in an attempt to make a citizen’s arrest on charges of torture.

Here’s a piece in the Gay Star News about his win.

Previous winners include Pragna Patel, Steve Jones and moi [Nick Cohen – who also spoke on free expression at the ceremony – wrote about my win in 2005 in a piece called ‘One Woman’s War’].

Freedom of Speech, Multiculturalism and Islam 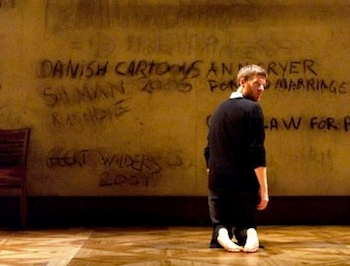