The Council of Ex-Muslims of Britain would like to take this opportunity to wish you a very happy New Year!

In the past year, in which we celebrated our 5th anniversary, we continued to challenge religious identity politics and Islamism, defend free expression of Muslims and Ex-Muslims alike, oppose blasphemy and apostasy laws, raise awareness, support thousands of ex-Muslims here and abroad, as well as create a new “home” for the many left without a social network after renouncing Islam via our web-forum, social gatherings and events.

In the coming year, we plan to do much more with your help.

As a matter of urgency we ask that you start the year by intervening on behalf of a number of urgent cases, including that of Zanyar and Loghman Moradi who face imminent execution in Iran for “enmity against god” and “corruption on earth”; Raif Badawi, Turki Al-Hamad and Hamza Kashgari who face blasphemy and apostasy charges in Saudi Arabia; and Alex Aan who remains in prison in Indonesia for “tarnishing Islam”.

In 2013, we will step up our support of ex-Muslims, free expression and secularism, encourage the establishment of more ex-Muslim groups and meet-ups such as the one recently established in the North, publish a report on the status of apostates internationally, organise a poster campaign, and raise awareness.

In the next few months, we will be speaking across the country and internationally on apostasy, sharia laws and rights, including in Leeds, Birmingham and Washington, DC. In addition to regular events planned by the Northern ex-Muslim group, we will hold the following social events in London: monthly Ex-Muslim women’s coffee mornings and meet-ups for apostate asylum seekers starting on 28 January, poetry night on 22 March led by poet and blogger Selina Ditta, 18 April evening drinks with Sudanese ex-Muslim Nahla Mahmoud, 9 May evening drinks with author Rumy Hassan, 15 June sixth anniversary luncheon with keynote speaker Kenan Malik, July 20 ex-Muslim picnic, and evening drinks with philosopher Arif Ahmed, Iranian Secular Society head Fariborz Pooya and CEMB spokesperson Maryam Namazie, amongst others later in the year. You can find out more about upcoming events here.

If you haven’t already, read member statements or join the CEMB here and join the active CEMB web-forum here.

Also, don’t forget to donate to our important work. Any amount helps and makes a huge difference in our fight against Islamism and in support of apostates and blasphemers worldwide.

Protest against sexual violence in India 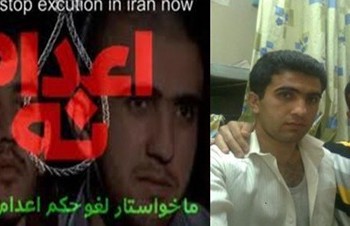