Religion and pornography are in the same business 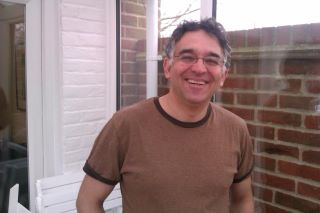 Religion and pornography are in the same business

The Nude Photo Revolutionary Calendar will be out on 8 March to mark International Women’s Day. Here Fariborz Pooya writes a piece in its defence:

Late last year, Egyptian blogger Aliaa Magda Elmahdy’s nude self-portrait was condemned by Islamists as obscene and for undermining the morality of society. They demanded her prosecution from the very military that had imposed virginity tests on protesters in Tahrir Square. She was also admonished by liberals and post modernist leftists for damaging the cause of liberation and women in Egypt.

In February this year, Iranian actress, Golshifteh Farahani, appeared partially nude in Jean-Baptiste Mondino’s ‘Corps et Âmes’ (Bodies and Souls) as well as in the French magazine Madame Le Figaro. In response, she was banned from returning to Iran by the Islamic regime and some segments of the Iranian religious-nationalists reprimanded her for vulgarity.

Clearly, these are age-old prejudices, which use and abuse the female body as a means of control, violence and oppression.

All religions, including the Judeo-Christian tradition and Islam, have always viewed the ‘flesh’ as disgusting, shameful, sinful and a desecration of god. In the contemporary world, however, this point of view has taken on a new role and impetus in order to keep women in their place based on a comprehensive system of abuse.

Religion’s view of the body and the flesh is essentially pornographic. Pornography and religion are in the same business. Religion like pornography and the pornographic gaze relies on objectification and the creation of an abstract image outside of reality. Religion’s pornographic lens encapsulates all the history of oppression in a patriarchal society. Religion merges into pornography as it shares the same approach to flesh and sexuality by creating a false abstract universality devoid of uniqueness, reality, and humanity and its conditions. In the religious pornographer’s gaze, the image is of an abstracted and dehumanized woman. Both men and women have no social existence, are not subject to change and influence and have no role in shaping their environment; sexuality is forever given and immutable.

In this immutable vision, the woman is considered a hole ready to receive and not an individual, not a unique and specific woman with all her complexities, her struggles in life, her difficulties. She is turned into an abstract, universalized object devoid of uniqueness. The religious pornographer and those who consume its product demand that ‘the whore’ is tucked away, wrapped and traded according to the value assigned to it by religion; any transgression of this commodity is deemed sinful under the blanket of morality and punished accordingly.

From an early age, the male is cast and trained, his taste cultivated and his role assigned as the ultimate buyer and collaborator in the religious pornographer’s image of the sexualised flesh.

Violence towards the sinful flesh is inherent in this gaze. The female naked body is lashed, hanged for its transgression, tortured and raped by religion and its institutions. All institutions be they political or judicial are inspired or influenced by religion and give reference to it – including in marriage and the family – and are ready to jump out imp-like with any sign of women’s bare flesh to claim it as sacred in order to enslave it.

A precondition for the improvement in the status of women and for that matter men is to critique and abandon the religious and pornographic image of women. A society must be brave enough to face this challenge in order to progress.

Of course both Aliaa and Golshifteh were lauded for their actions by many women’s rights activists and those opposed to the enslavement of women’s bodies across the world for breaking the taboo of women’s body as a false temple.

The Nude Photo Revolutionary Calendar is an important step in removing women’s bodies as a means at the disposal of the religious pornographer. It must be hailed not only a brave act but as a politically astute move that challenges the status of women and breaks the taboo on a large social scale.

Nude Photo Revolutionary Calendar to be published here on 8 March