Stop executing “apostates” and “blasphemers” and release them now!

Press Release of Council of Ex-Muslims of Britain reproduced below: On 22 February 2015, a Saudi court sentenced a man in his twenties to death by beheading for apostasy.  The identity of the man has not been made public but, according to Al-Shabaka, he was arrested last year and is charged with becoming an atheist […]
Read More

Council of Ex-Muslims of Britain (CEMB) is pleased that an Afghan atheist recently gained asylum and protection in Britain for his atheism. Whilst this is being hailed as the first case of its kind, the CEMB has worked on countless asylum cases over the past several years with a rising number securing asylum based on […]
Read More

Waleed Al-Husseini of the Council of Ex-Muslims of Britain just informed me that a young Egyptian atheist who posted on his Facebook page has been arrested for his atheism yesterday after his university informed on him to the police. This is what Sherif published: Hi, my name is sherif gaber (Yamirasu) from Egypt. I was […]
Read More

Stop threats and murder of atheist bloggers in Bangladesh

The threats, intimidation and murder of atheists in Bangladesh continue, and now Islamists are demanding the state give them a hand with the killing. Islamists are calling for the death penalty for atheist bloggers for supposedly blasphemous blogs or else face the prospect of Islamist groups descending on the capital, Dhaka. The state’s response? A […]
Read More

Protest executions in Iran Kamil Alboshoka, a human geography student at Kingston University has asked that I publicise his campaign to defend 5 Ahwazi Arabs facing execution in Iran, including members of his family and friends.  Mohammad Ali Amouri, Sayed Jaber Alboshoka and his brother Sayed Mokhtar Alboshoka, and teachers Hashem Sha’bani Amouri, and Hadi Rashidi (or Rashedi) are charged with “enmity […]
Read More

Very often apostasy and blasphemy cases that are highlighted are of men though there are some well known atheist women from the Middle East and North Africa who have courageously challenged Islamism and defended secularism. Everyone knows a few (very few) of them – like Taslima Nasreen, Mina Ahadi and Ayaan Hirsi Ali. But there are […]
Read More 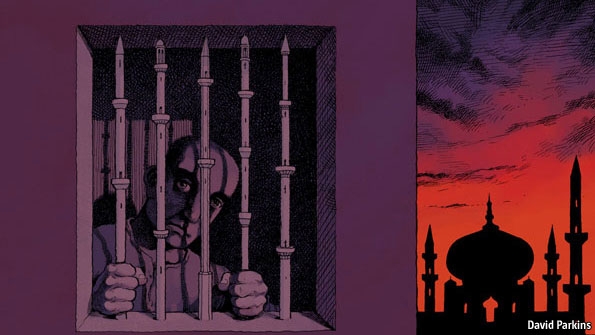 Here’s an article published in the Economist on Atheists and Islam. Council of Ex-Muslims of Britain’s activist Nahla Mahmoud was interviewed on our behalf. Read the article here.
Read More

Why we rejected Islam: In solidarity with Arab-speaking athiests and agnostics

Here’s a video of those who have rejected Islam speaking in solidarity with Arab-speaking atheists and agnostics:
Read More

For those of you who don’t know much about my background and why I became an atheist, my piece in 50 Voices of Disbelief: Why we are Atheists may be an interesting read. It’s the first time I have published it on my blog below: I don’t remember exactly when I stopped being a Muslim. […]
Read More
1
SUBSCRIBE