Cutting a flag isn’t a crime. Incitement to violence is 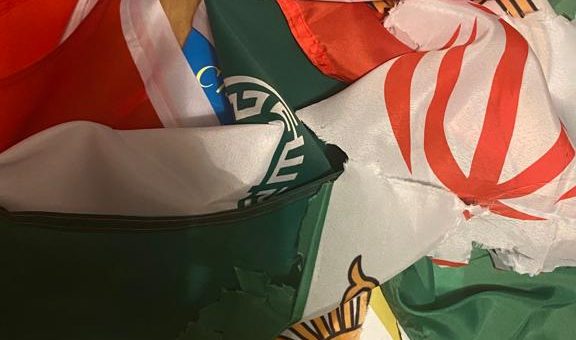 Cutting a flag isn’t a crime. Incitement to violence is

Some points and an apology following yesterday’s video – the flag is not sacred (in Persian):

Summary of the video in English:

This video is a follow up to yesterday’s video stating that the flag is not sacred. It was in response to a monarchist personality threatening Golshifteh Farahani for questioning the sun and lion in the former monarchist flag. In response I tore up the flag, saying a flag cannot be more important than human beings. In responses, there have been mass threats, anti-women and degrading abuse by those who are incapable of tolerating dissent. As a result of mass reporting, my TikTok account has been permanently banned and am waiting to again be suspended from Twitter as I was the last time the Hezbollah section of the monarchists went up in arms due to a topless protest.
In any case, this new video makes a few points. The main points are that –
1. You have the right to hold the monarchist flag sacred. It is about one’s freedom of conscience and expression. But you must also recognise that those who don’t hold the flag in any esteem have the right to criticise it and mock it. Freedom of conscience and expression are individual rights.
2. The whole point of my first video was not to say that you don’t have a right to love your flag – just don’t expect me to do so – and to criticise Mr Shahram Homayoun for threatening Farahani. Your flag is not be more sacred that human beings.
3. I have fought for many years against Islam and Islamic regime and for the right to apostasy and blasphemy. Do they think whilst we fight what is sacred in Islam and Islamic regime of Iran, we must accept that being replaced with another set of taboos like the lion and sun flag?
And the apology? It’s that I didn’t also tear up the UK flag or the communist flag, which I do.

The initial video opening this discussion, also in Persian:

Shahram Homayoun, a monarchist threatened Golshifteh Farahani for preferring an Iranian flag without the monarchist symbol. Many of us also don’t like that symbol. Mr Homayoun and some of his thug friends need to learn that a flag is not taboo or sacred. Human beings are. Also maybe time to learn that freedom of expression is not just for those who agree with him. So I cut the flag to help him learn.

Defend your women’s revolution in Iran 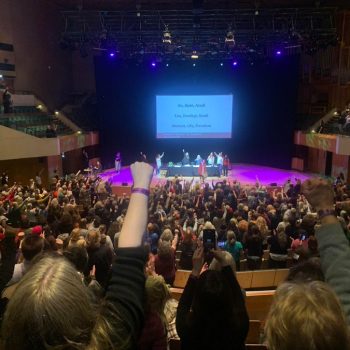 Threats I have received recently