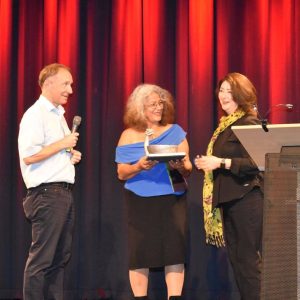 Maryam Namazie shared the award with Mina Ahadi and Arzu Toker who started the first Council of Ex-Muslims in Germany and other organisations in Ex-Muslims International. She dedicated the award to Islam’s Non Believers. 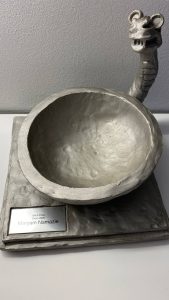 With the award of the ‘Sapio’ prize, the IBKA would like to honour Maryam Namazie’s extraordinary personal commitment to secularism, self-determination and the separation of state and religion. This commitment is associated with a not inconsiderable risk.

IBKA awards its Sapio Prize to individuals or organisations that have made outstanding contributions to freedom of belief, self-determination and tolerance.

The freedom to choose one’s religion is a self-evident part of the fundamental right to freedom of religion and belief.

People of Muslim origin are a minority in Europe and as such are subject to discrimination. However, it is a mistake to believe that discrimination can be reduced or compensated for by privileging religious structures. Patriarchal and paternalistic structures linked to organised religion must be named and problematised. Otherwise, individual self-determination will fall by the wayside. This by no means only concerns Islam. However, Islam plays a significant role among the minority religions in Europe.

If people with a migration background are under pressure to adapt to the religious norms of their environment, this is no less reprehensible than if they experience pressure from the majority society to adapt to the culture of the destination country beyond what is expected. Raising this issue is not very popular in some circles and can even lead to accusations of racism. We see an pernicious alliance at work here between conservative religionists and people who see themselves as progressive, but who are in fact pursuing an anti-enlightenment agenda.

In contrast, IBKA sees it as its task to stand up for individual self-determination and the values of the Enlightenment. Also and especially where collective rights are played off against individual rights in the name of anti-racism and identity politics.

According to its statutes, IBKA stands up for the assertion of individual self-determination against outdated traditions as well as religious and ideological norms. We stand by this and by the values of the Enlightenment without any ifs and buts.

It is therefore a great pleasure for me that the IBKA is able to award this prize to Maryam Namazie. 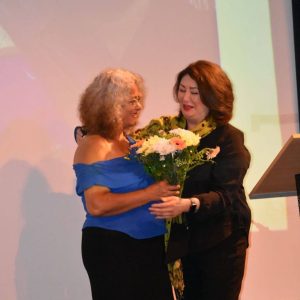 Born: In this world
Activist: In this world
Current location at 51° 30′ north latitude and 0° 8′ west longitude, this point is currently called London

To give a count of all of Maryam’s activities would take very long. The summary is an about three-pages-long list of awards and recognition. I think that atheists are responsible people who surely informed themselves about why Maryam is given this award.

Definitely not in order to be mentioned on a three-page list of award givers. As board member I can say in IBKA’s name: With this award, IBKA honours Maryam, who stands for independent thinking and responsible living and acting. She does not accept the oppression, the degradation of women. Not in the name of some God or people in power.

Maryam left her country of birth with her family in 1980 as a 14-year-old after misanthropic Islamists took over power in Iran one year prior. I don’t know what kind of woman she would have become if she hadn’t emigrated but the Maryam Namazie I am talking about right here is a brave and courageous woman.
In looking at her life closely, it seems obvious to me that Maryam has experienced the suffering and pain that many people from Iran have known in their early years. I can see this because many of her activities were and still are related to Iran. Helping people in Iran and from Iran was the beginning. But she didn’t remain there. She widened her horizon and saw the whole picture, she became involved in helping people in and from other countries as well. This, among other things, is what characterizes her.

She is an example of a woman who doesn’t whine about living between two cultures, or moves into defence mode of religion or tradition but develops these cultures further.

Maryam lived and lives in different countries, cultures, and engages herself to a life equal and in freedom. Unfortunately, there are examples like Ferda Ataman, the federal government’s so-called Antidiscrimination-Representative, who apparently did not succeed in doing the same thing. Maryam publicly criticised her, in spite of not living in this country. Because national borders can’t be applied to thoughts or freedom. There is even an old German song from 1780: Die Gedanken sind frei! Thoughts are free! Why should we restrict them in 2022? The lessons learned from emigration have led Maryam to founding the initiative ‘One Law For All’. This attitude needs a personality that keeps her eyes, ears and heart open everywhere in the world and – above all – accepts people the way they are.
Does Maryam have no borders/boundaries? Yes, she does. It lies where other people’s freedom is being constricted. Maryam says: “I’ve always said that criticizing Islam and its political movement is not racism in any way shape or form. You cannot be racist against a belief or idea, no matter how much that criticism cause offence.”

Maryam fights against the stoning of women, against the veiling, against all measures of Islamic regimes to subjugate women.

Because of her activities, the Islamic regime of Iran’s media outlets has called Namazie ‘immoral, a harlot and corrupt’ and did an ‘exposé’ on her entitled ‘Meet this anti-religion woman’. In 2019, the Islamic regime’s intelligence service did a TV programme, where Namazie was featured as ‘anti-God’. The reaction of the Iranian rulers is vulgar, concerning at the same time, their primitive ways show that Mullahs mistake their head for their penis. Because of this the vulgar manner.

But maybe they also deserve some thanks because this way the people in Iran learn: There is a woman in the West, she has not forgotten about us, she takes on the Mullahs. She is fighting for our human rights. This, exactly this, Ladies and Gentlemen, is why Maryam Namazie receives the SAPIO award from IBKA.

Maryam, it is my pleasure to be the one giving this speech, because I appreciate you but there is another thing I would like to mention, to question. I know I am alone with this view but still:
There is no political Islam. Islam is political because it claims a right to power. Quran is not a book of prayer but Quran comprises the Islamic law.

But today the evening belongs to Maryam Namazie. It is my honour to invite you to the stage and present the Sapio award. 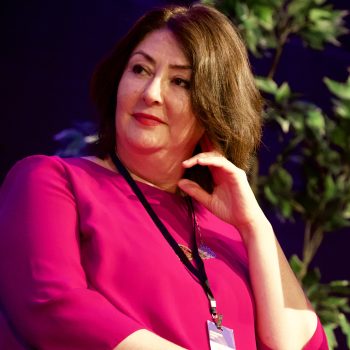 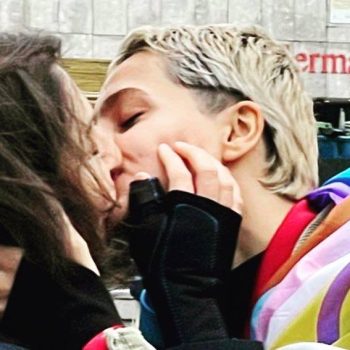