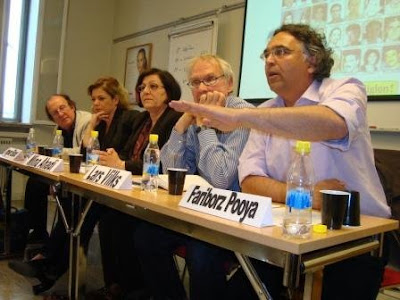 On Monday 7 June 2010 the Council of Ex-Muslims of Britain, Germany and Scandinavia joined Lars Vilks in a press conference in Stockholm to condemn the threats and violent attacks against the Swedish artist who drew a caricature of the Prophet Muhammad. In May, Islamist thugs tried to burn down his home after he showed a film about Islam and Homosexuality during a lecture at Uppsala University.

The press conference was widely covered in the national media in Sweden.

Here are some links:

Another TV interview in Swedish