Keep the pressure on: Kambakhsh has to be released immediately

Keep the pressure on: Kambakhsh has to be released immediately 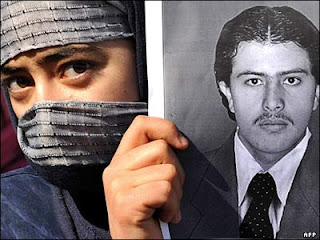 Around 200 people marched to the United Nations office in Kabul on Thursday to protest the death sentence of 23-year-old Perwiz Kambakhsh, an Afghan reporter and journalism student, accused of blasphemy. He had downloaded from the Internet and distributed articles that were said to question some of the tenets of Islam, including those related to the role of women. Afghanistan’s senate on Monday issued a statement endorsing the death sentence but seemed to backtrack later as a result of local and international opposition and outrage saying he had the right to an appeal and lawyer (which wasn’t available to him at his trial). 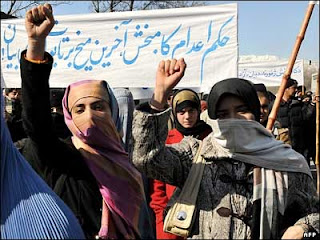 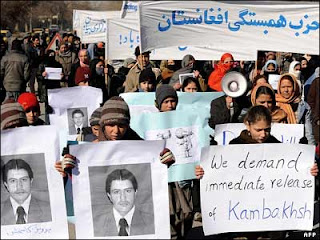 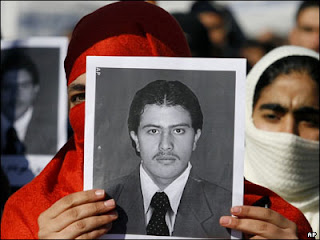 We have to keep the pressure on till he is released.

Atrocious acts of brutality must stop in Iran!