ENGLISH TRANSLATION OF THE INTERVIEW

Specifically I’d like to ask you for a comment about why IS of Iran, according to your judgement, has ever got to reach this insulting position for all women within the UN Commission on Status of Women. Recently, the German journalist Alice Schwarzer said she believes that Germany secretly voted for it. We know that vote with such a surprising result was secret. What do you believe, do you have any hint and/or insights about this decision and who voted for it and why?

Maryam Namazie: The Islamic regime of Iran is not the only misogynist state to be part of the UN Commission on the Status of Women, both historically and currently. There are other current member states that implement Sharia law, which is discriminatory and legally promotes violence against women, such as Afghanistan, Pakistan, Mauritania and Nigeria. These same countries also impose the death penalty for apostasy or blasphemy and for being gay.

The only reason that the Islamic regime is the first member state to ever be expelled from the UNCSW is Iran’s unfolding women’ revolution and public outrage. If it wasn’t for public pressure, the regime would still be sitting on the top intergovernmental body tasked with protecting women’s rights and promoting sex equality. Imagine a regime that imposes sex-apartheid in a body promoting equality between women and men! It is as if the racial apartheid regime of South Africa is voted to sit on a UN Commission for Racial Equality!

More absurd is the fact that at least four democratic states secretly voted the regime in. Since the ballots were secret, it is not easy to know which states they were. The votes for expulsion, however, were public and we know that no democratic state voted in favour of the regime. Again, only because of public pressure and outrage. Over all, twenty-nine member states voted in favour of the expulsion, eight voted against it, and at least sixteen member states abstained.

The presence of the IR of Iran in such a Committee seemed to be justified by a culturalist/relativist philosophy that tries to pass the idea that the condition of women within each country is just a
matter of different cultures, and is not decided indeed by different oppressive powers and/or regimes. You have probably been a witness of this kind of “culturalist turn” for years, what’s your opinion about
it?

The presence of the IR of Iran in such a Committee seemed to be justified by a culturalist/relativist philosophy that tries to pass the idea that the condition of women within each country is just a matter of different cultures, and is not decided indeed by different oppressive powers and/or regimes. You have probably been a witness of this kind of “culturalist turn” for years, what’s your opinion about it?

Maryam Namazie: I have always found it interesting that cultural relativism only really ever applies to human rights, and in particular women’s rights. The Islamic regime of Iran does not oppose nuclear technology as Western. It uses handcuffs and stun grenades made in England. But when it comes to women’s rights, it argues cultural differences as justification for women’s second-class citizenship. This fact alone should be enough to persuade those who buy into the regime’s argument that this stance isn’t about respecting people’s culture but about the state justifying its control and suppression of women and their rights.

Another important point is that culture is not homogenous. It is constantly in flux and changing. The culture of the women and men on the streets of Iran shouting ‘Woman, Life, Freedom,’ ‘We don’t want a misogynist state,’ ‘We don’t want an Islamic state,’ is very different from the culture of the theocrats and ruling elite. It proves that hopes and dreams and inspirations of freedom and equality are universal.

Those who buy into the cultural relativist argument are really taking the side of theocrats and fundamentalists at the expense of women’s rights. Funnily, none of these cultural relativists will argue that the end of Roe V Wade in the US should be respected as the US’ culture. Or that the anti-woman and anti-gay measures imposed by the Christian-Right in Poland for example, ‘is their culture and must be respected.’ It says a lot about how they see us women from Iran and ‘over there,’ sub-human, deserving of rights only within the framework of regressive religious and cultural norms.

Unfortunately, some of these cultural relativists even consider themselves feminists. My question to them is, which rights do you have today that is within the framework of Catholicism? Hasn’t the fight for women’s rights been in large part a fight against religion’s control on women’s bodies? Why do you expect our fight to be anything less?

What do you believe the role of Western countries in this kind of turn has been, and what do you think is their take on the consequences of it now: do you foresee any awareness of the dramatic consequences of such a cultural “Pilatism” as we would call it in Italy? This is something that we have seen for example quite crystal clear about the last Football World Cup, where the only voice of the female fights for freedom has in fact been the silence of the Iranian players.

Maryam Namazie: I don’t think that Western states will do anything that will benefit women’s liberation in Iran. They will always side with business as usual and for profit rather than human dignity and welfare. But if anything has changed or is going to change it is up to the public. It is up to human empathy and solidarity. Across borders and differences and for that which makes us all fundamentally human. It is this solidarity that forced the expulsion of the regime from the UNCSW. It is this solidarity that can help the people of Iran end Islamic rule and herald a new dawn.

What do you foresee for the Iranian revolution in the immediate future, what do you think the Western societies should do that they’re not doing? And what about Muslim people everywhere?

Maryam Namazie: People everywhere should do all they can to strengthen, support and encourage the women’s revolution. With the rise of Islamism in Iran, we have seen a corresponding rise of Islamism and the religious-Right across the globe. An end to Islamism via a women’s revolution will have huge repercussions worldwide. It will also be important for many Muslims since most believers see religion as a personal matter and not the remit or business of the state. This revolution, therefore, isn’t just for the women of Iran but for women in the region and world. And, of course, it is also a revolution for men, for religious minorities, for atheists and Islam’s nonbelievers, for sexual minorities… The measure of freedom in a society is truly women’s freedom. 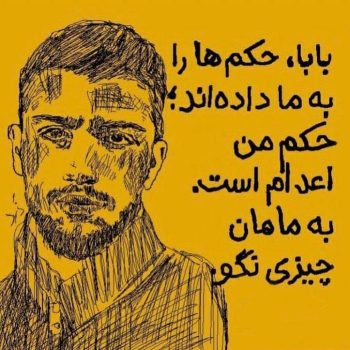