The shooting of the wonderfully brave Malala Yousefzai by the Pakistani Taliban has brought to the fore many of the issues that I have been banging on about for a long time.

Not all Muslims (or those labelled as Muslims) support Islamism and the likes of the Taliban.

Many of them are its first victims and at the frontlines of resistance.

And because of who Malala is and what she represents, this ever-present resistance and dissent is pushing its way into mainstream consciousness and demanding to be seen and heard.

The far-Right keeps asking where the ‘Muslim’ voices of dissent are (and this question has become the question of the day within many circles). Of course, they ask this not because they care but because it implies that Muslims are one and the same with the vile Islamists so that the far-Right can justify its racist, anti-immigrant and anti-Muslim agenda.

Well, here they are…

On another related matter, what I find most ironic in all this is how the Taliban’s propaganda is so close to the nice, lovely, liberals and post-modernist and relativist Left who keep calling for tolerance and respect of the intolerable (as if the Islamist perspective is that of all Muslims).

Like the far-Right, this lot sees Islamists and Muslims as one and the same but from another ‘progressive’ angle. Defending Sharia law, the Islamic regime of Iran’s right to nuclear technology, the veil, and every other bit of misogyny and barbarity is to them an act of anti-imperialism because they see Islamism as a force of resistance against US-led militarism (when it is in fact the other side of the same coin) and a defence of Muslims from bigotry. I suppose, to justify their inhuman position, they have no choice but to see Islamism as the representative of every single ‘Muslim’ no matter how many bodies pile up in prisons, in city centres, and alleyways across the Middle East, North Africa and right here in Europe.

How shameful. How very sorry I feel for this lot and how angry. Because in this colossal fight against the beast of Islamism, they knowingly or inadvertently have decided to side with the beast and not the likes of Malala.

Hopefully, this can be a turning point for them, though I won’t be holding my breath.

With or without them, the likes of Malala will bring – is bringing – Islamism to its knees.

The fact that the Taliban has to shoot a 14 year old girl who merely wants the right for girls to go to school shows how afraid they are of her and the dissent she represents and how very potent and effective this resistance is. Not bombs, not regime change from above, not economic sanctions but people power and sheer human will and defiance.

In the meanwhile, our young hero, Malala, has been able to walk with help, and has managed to converse in writing, even asking for her supporters to be thanked.

Islamists – and your cowardly apologists – be afraid, be very afraid… 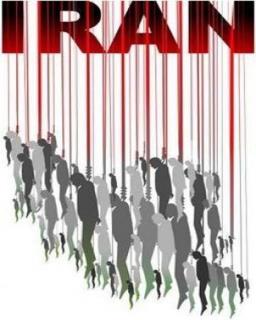