Maryam Namazie: The Islamists are afraid of Us, Charlie Hebdo

Maryam Namazie: The Islamists are afraid of Us, Charlie Hebdo

Maryam Namazie: “The Islamists are afraid of us”, Trend Detail, 25 August 2022

She fled the Iran of the Mullahs and founded, in Great Britain, the Council of Ex-Muslims of Britain. We caught up with Maryam Namazie at the big gathering of atheists – many of them ex-Muslims – Celebrating Dissent, which she organized in Cologne on August 21-22. A few days after Salman Rushdie’s attack, Namazie says she is more combative and optimistic than ever: this attack is proof that atheists are dangerous for Islamists.

Charlie Hebdo: This event must have a special connotation for you, a few days after the attack on Salman Rushdie?

Maryam Namazie: I would say that there are so many Islamist attacks that each time there is a gathering of this kind it is a singular moment. But of course it has a special meaning after the attack on Salman Rushdie. We know who is responsible; it was Iran that issued this fatwa. With this demonstration, atheists and freethinkers want to show that there is a great resistance movement against the Islamists.

Were you surprised by the attack?

I think anyone who knows Islamism is not surprised. Salman Rushdie is not the first and will not be the last to be threatened by a fatwa. He is known in the West, but there are so many other brave people fighting for freedom of expression who are under threat. During this rally, we will also pay tribute to Soheil Arabi, accused of blasphemy and sentenced to eight years in prison, and now under house arrest.

The Islamists do not seem to be losing ground, are you afraid?

On the contrary, we must remember that this attack means how much the Islamists are afraid of us! They want to silence us, because they know how loud our voices are and how many we are. They are more afraid of us than we are of them. And the reason is that we are dangerous for them: there is a tsunami of atheism in Iran today, especially among the younger generations. Because the vast majority of the Iranian population is young, there will one day be a clash with the fundamentalists. No one understands the need for secularism better than someone who lives in a theocracy. And these young people want secularism. When we look at history, there are always two camps, those who want to submit and those who resist, and who advance society. We are on this side of history. This will be the advent of dissidents.

Are you sufficiently supported by Western countries? What about left-wing parties?

That’s a problem: many western countries support the oppressors, support the Iranian regime, and don’t give a damn about human rights. As for left-wing political parties – I am a communist myself – the fight against religions remains a left-wing fight. There is a part of the left which has become pro-Islamist, it is a betrayal. Yet they do not understand that the Islamists have swept away the workers’ movement. But fortunately, there are also many on the left who continue this anticlerical discourse and defend secularism. Sometimes this focus on the left is a way to attack him. In reality, much support for Islamist movements comes from right-wing governments.

How do you respond to those who accuse you of having the same discourse as the extreme right in your criticism of Islam?

The far right criticizes Islam because it hates immigrants and Muslims. We criticize Islam because we fight for a society in which believers and non-believers can live freely. This fight is not against Muslims, but against fundamentalism. Let’s not forget that the Islamists are on the far right too! Why not fight these two far-rights head-on? It is possible to defend the reception of refugees, the opening of borders, and to denounce fundamentalism. 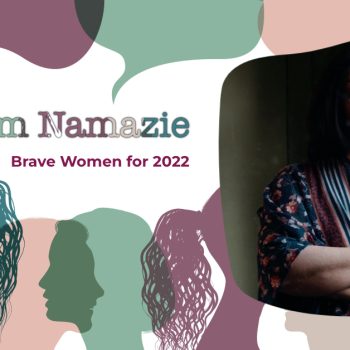 Cologne: Nonebelievers celebrate Salman Rushdie and prepare for the future 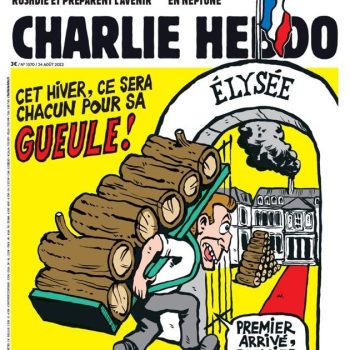