On #HijabDay, we are #Free from Hijab 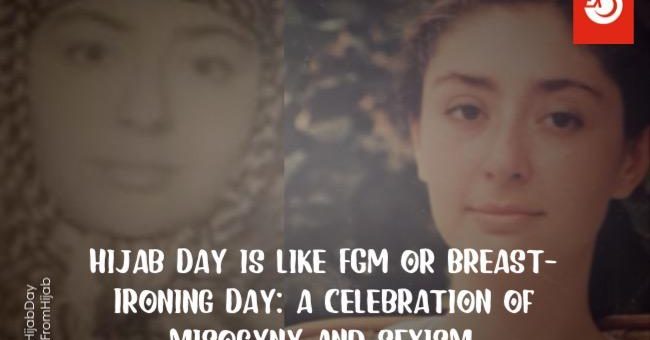 On #HijabDay, we are #Free from Hijab

‘Hijab Day is like FGM or Breast-Ironing Day: a celebration of misogyny and sexism.’ – Maryam Namazie

‘Human beings are worthy of respect but not all beliefs must be respected.’ – Maryam Namazie, 1998

‘The chador and burqa are like a mobile prison and body bag… Why should women’s bodies, rights and lives be restricted because religion, a husband or the regressive imam down the street demand it?’ – Maryam Namazie, 2007

‘Take away all the pressure, intimidation and threats and you will see how many remain veiled.’ – Maryam Namazie, 2007

‘Are we really expected to respect a belief that women are sub-human or girls should be veiled? And does anyone in their right mind think that such beliefs are equal or equally valid to progressive ideals fought for by generations?’ – Maryam Namazie, 2006

‘A woman’s right to choose must be preceded by legal and social sexual equality. If you consider the veil on a social scale, it represents neither a right nor a choice and it is a lie to say otherwise.’ – Maryam Namazie, 2007

‘Yes, I am intolerant, as we all should be. Intolerant of misogyny.’ – Maryam Namazie, 2007

‘The veil is a symbol like no other of what it means to be female under Islam: hidden from view, restricted and suppressed. Consigned to walking around with a mobile prison of one’s own.
Separate and unequal. The outrage of our century.’ – Maryam Namazie, 2008

‘Like racial apartheid, sex apartheid demands that women and girls be veiled, sit at the back of buses, and enter via separate entrances. Yet, women in Iran continue to refuse and resist, including by unveiling, even though they are arrested, fined and harassed daily.’ – Maryam Namazie, 2010

‘I don’t think I am the source of fitnah or chaos in the world if unveiled and therefore find the veil abhorrent.’ – Maryam Namazie, 2013

‘Islamists want us hidden in veils, not seen and not heard. We refuse to comply.’ – Maryam Namazie, 2014

‘When it’s a crime to be a woman, nude protest is a form of resistance. It says: Enough! No More! I will be nude, I will protest, and I will challenge you to your very core!’ – Maryam Namazie, 2014

‘Accusations of Islamophobia is a smokescreen that serves to legitimise Islamist terror and violence and blame the victims.It says criticism of Islam and Islamism are forbidden, blasphemy laws are required and that, therefore, threats and actual murder of critics is perfectly legitimate.’ – Maryam Namazie, 2016

‘The idealised woman in islam is obedient, properly veiled, submissive, and accepting of her assigned “place” in society. The rest of us are whores, compared to unwrapped sweets – covered in flies and free for the taking.’ – Maryam Namazie, 2014

‘Modesty culture, of which the veil is central, sexualises girls from a young age, puts the onus on them to protect themselves. It removes male accountability for violence. It’s an extension of rape culture.’ – Maryam Namazie, 2018 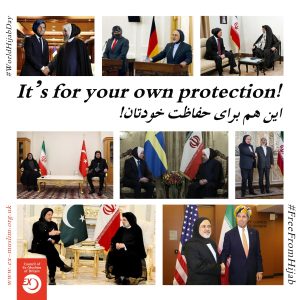 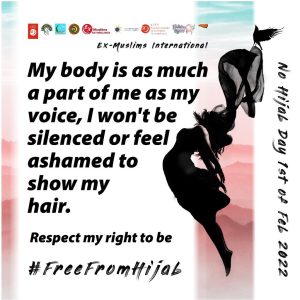 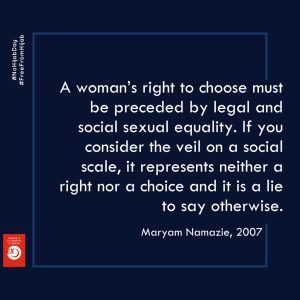 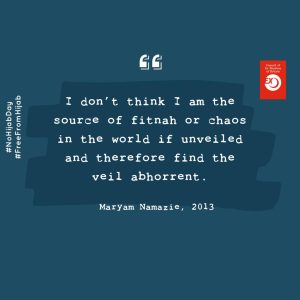 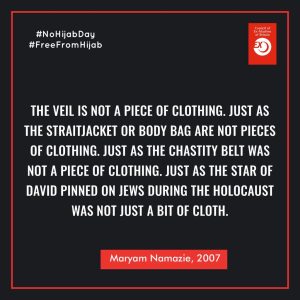 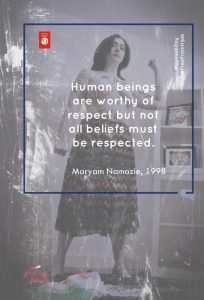 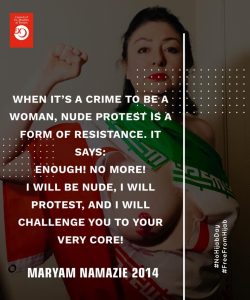 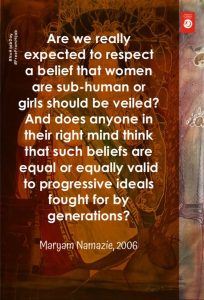 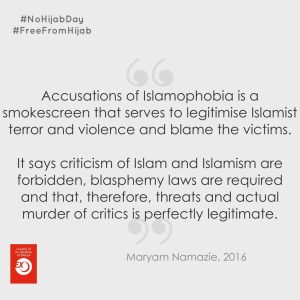 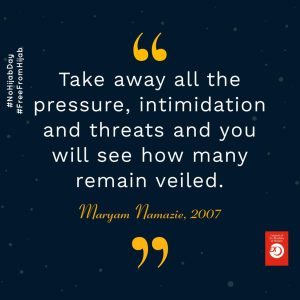 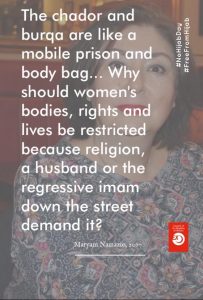 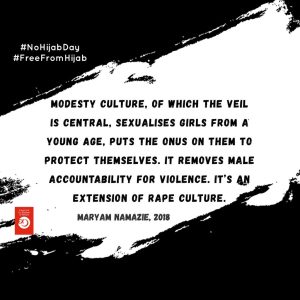 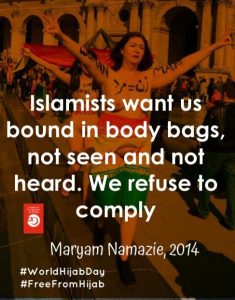 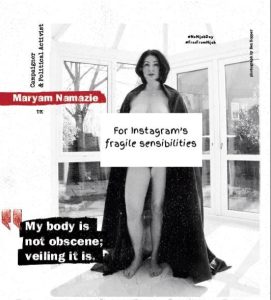 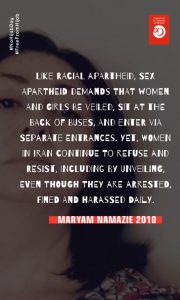 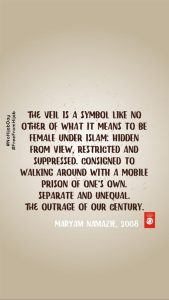 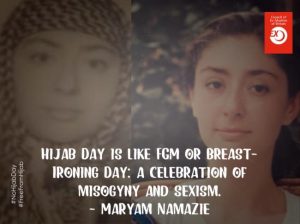 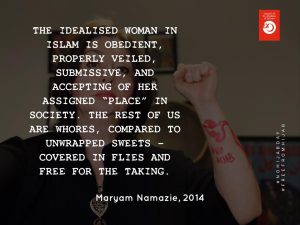 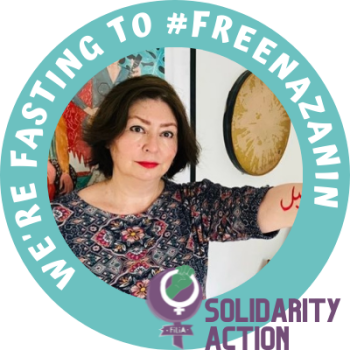 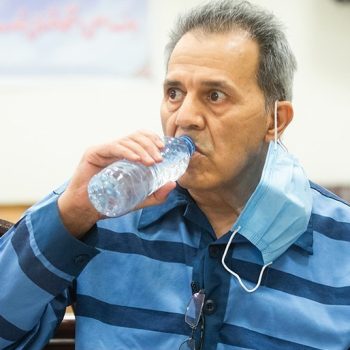