19 year old Sohrab was buried today in Behesht e Zahra cemetery. His family had no news about his whereabouts for 26 days. The regime’s security said no slogans were allowed and made the family end the ceremony quickly. Mourners went back to the family’s home afterwards.

Here is film footage of his mother saying: You all know; they killed my child. They told me he was in Evin; they gave me the run around but they had killed him. They had shot him through the heart. They are inhuman. No one can stop me…’

More pictures of the day: 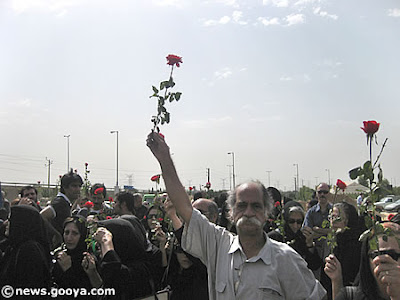