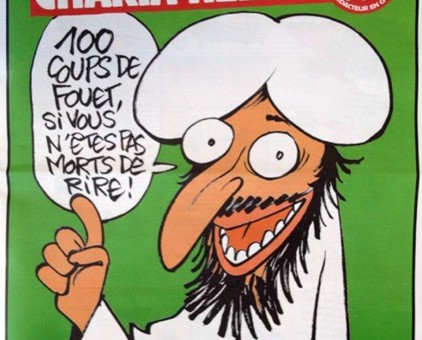 The Islamophobia watch police have been busy criticising French weekly Charlie Hebdo for poking fun at Mohammad, Islam’s prophet, rather than condemning the firebombing of its offices for daring to speak about Islam. The ‘offending’ cover had Mohammad saying ‘100 lashes if you don’t die laughing’. This they found completely inappropriate. However, around the same time, two Iranian footballers, face actual lashings for a buttock squeeze (see video below) and the Islamophobia watch police are predictably silent.

The ‘crime against chastity’ of the footballers you may ask? Persepolis defender Mohammed Nosrati squeezed teammate Sheis Rezaei’s bottom to celebrate a goal.

The punishment for this public display of ‘immorality’ is lashes and imprisonment; they have also been indefinitely suspended by the Football Association.

The ‘crime’ reminds me of sweet 16 Atefeh Rajabi who was hung in a city square for acts against chastity some years ago in Iran.

But forgive me, it is a cartoon that is offensive… 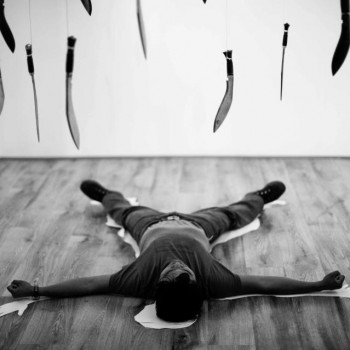