Afsana Lachaux has spent the past five years campaigning for women’s access to justice.  After having to flee Dubai, and whilst continuing to fight for the return of her son, Afsana has successfully campaigned for the FCO to include warnings to women about the potential impact of sharia law in travel guidance, as well as fighting an important defamation case brought against her by her ex-husband.

Arinola Araba is a survivor and campaigner who works on domestic violence and child sexual abuse. She has written two books on these topics, one of which has been made available for free to 100,000 young women in Africa. She recently held an awareness-raising event within her local council area, targeting professionals who may come into contact with women experiencing abuse.

Building Equality is a group of survivors organised through Edinburgh Women’s Aid. Together they have written a book called When Women Speak I Hear about their experiences, which is on sale from independent retailers across Edinburgh.

Fiona MacKenzie runs the ‘We Can’t Consent to This campaign’. She collects information on the use of ‘sex game gone wrong’ defences in killings of women and girls in the UK. She was the first person to systematically collect this data, which shows that this defence is being used increasingly and with some success. Her website Wecantconsentothis.uk honours the humanity of the women killed in this way and draws attention both to male violence and to the ways in which women are being let down by the criminal justice system.

Holly Archer is a survivor, campaigner, and founder of a service providing support to sexually exploited children. She worked with journalist Geraldine McKelvie for years, drawing on her own experiences to demand an inquiry into child sexual exploitation in her home town. This campaign was eventually successful but has led to threats and harassment from associates of key perpetrators. She has been through a long struggle to be awarded for funding for her new service and continues to campaign and raise awareness.

Lilly Lewis is a survivor and campaigner who has done her campaigning work over the last three years despite being incarcerated. After being sentenced to seven year’s imprisonment in 2016 she began to work with APPEAL’s Women’s Justice Initiative to use her story to campaign about the treatment of abused women by the criminal justice system. A peer mentor in custody, and a mentor for at risk young people when on day release, she intends to continue her campaigning after her release in December 2019.

Magdalen Berns was a campaigner for lesbian and other women’s rights. She produced YouTube videos in defence of women’s private spaces and sex specific rights. She had a wide reach in introducing new women to radical feminism and faced down a lot of hostility for publicising her views. Magdalen died in September 2019, aged 36.

Maryam Namazie was the first public female atheist from a Muslim background in the UK. Maryam began campaigning over a decade ago and has always focused on the issues of women from Muslim backgrounds. Her work challenges both sex inequality within Islam as well as the additional difficulties that women face after leaving Islam.

Meena Patel joined Southall Black Sisters in 1987. Since then she has spearheaded SBS’ campaigns to raise awareness of the violence experienced by Black and ethnic minority women. She also runs SBS’ survivor involvement work, and helps other women to politicise their experiences: many of these women have gone on to campaign with SBS. Meena was a key player in the campaign to free Kiranjit Ahluwalia. She also led an impromptu demonstration of SBS service users against the Home Office’s racist ‘Go Home’ vans in 2013, giving strength to service users and illustrating to other services the value of publicly opposing injustice.

Rachel Horman leads the Domestic Abuse, Stalking and Forced Marriage department at Watson Ramsbottom Ltd. Besides going above and beyond for women in her legal practice she campaigns for changes in the law as chair of the Paladin national stalking advocacy service, for example in the successful campaign to have coercive control included in law as a discrete offence. Rachel writes a blog in which she focuses on holding the state to account on violence against women. She regularly undertakes pro-bono training of the police, social services, and refuge services, on how to advocate for the interests of survivors of abuse.

We hope to see many of you at our awards event with the Centre for Women’s Justice on 8th November. Tickets are available here.

Stand with the witches, heretics and blasphemers, sister-hood Interview with Maryam Namazie 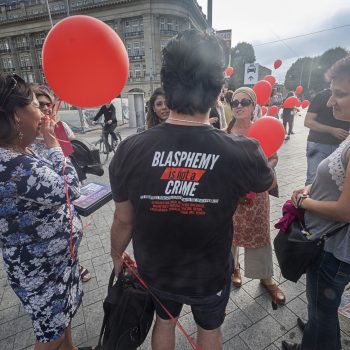 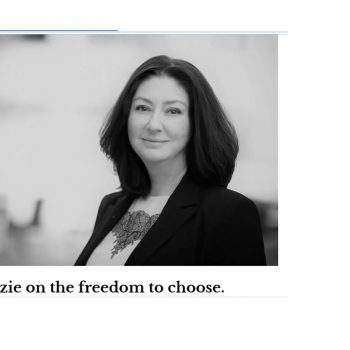