Their approach is still rare and courageous. During one of the Parisian aperitifs they organise, we were able to meet young apostates, “ex-Muslims” who are beginning to form an association in France. Some of them have been marked by their passage through radical Islam or by difficult experiences linked to religion, and have needed to distance themselves just as radically from their religion, which they sometimes criticize very virulently.

We are reporting in Cologne , in August, during the great gathering of atheists Celebrating Dissent, when we hear French spoken in the public. He is a young man in his thirties, who comes from the Paris region, ex-Muslim, who calls himself Momo. He is at the origin of a network of French apostates and created the podcast “Apostates Islam”, to give voice to several of them. It is already in its 50th episode. “The podcast where you doubt everything you previously took for certain. We were victims of this alienation, at a time when we did not have the intellectual weapons to protect ourselves against it. Today is the hour of the counter-attack! »he writes in presentation. Momo grew up in 1993, a Moroccan and Muslim father, a French mother converted to Islam, who herself “apostasised” a few years later, he tells us. One day, her father suspects something, and comes to ask her: “Didn’t your mother drink alcohol at your grandmother’s? “ He, from the height of his 10 years, “terrified” by his father, is afraid to lie to him, and answers yes. “My father then beat up my mother. I remember, she had bruises on her thighs”, he says in one of his first podcasts, where he testifies to his journey. This story haunted him, but it was much later, as he read about it, that he began to have doubts, and around the age of 27, he distanced himself from religion. He discovers an Internet forum of Muslim apostates, but is a little disappointed: “Many had a hate speech against Islam” , he laments. He continues his research: “The story of the virgins in paradise for jihad, I thought it was to make fun of Islam, then I realized that it is indeed in the Koran. Little by little, he called himself an “ apostate” . The most difficult thing, at the beginning, is to think:“All these sacrifices, all this hope that I had, I was wrong! You also have to accept that, potentially, you experience a kind of social death with your family and certain friends. »

To meet up with ex-Muslims, precisely, Momo launched a group on Discord, a very encrypted messaging platform, which would bring together, according to him, a few thousand French-speaking apostates, most of whom are French, some Belgians, Canadians or originating from Africa. In France, the network of apostates is poorly coordinated, unlike what happens in other countries. “We are ten years behind England ,” laments Momo. In this country, there is indeed the Council of Ex-Muslims of Britain (CEMB), launched by Maryam Namazie, who fled Iran from the mullahs. Along with others, Momo also plans to create an association of French apostates. Other structures had been launched previously, but had remained empty shells.

READ ALSO: Maryam Namazie: “The Islamists are afraid of us”

Among the members of the Discord group, some meet regularly for aperitifs in Paris, a way for them not to feel isolated. “Our goal: to normalize apostasy ,” they explain. And all the more so since, according to a survey for the Institut Montaigne dating from 2016, they would be 15% of the Muslim population in France to have “left” their religion. “Nearly 1 million French people who we don’t talk about, it’s not nothing” , underlines Momo. All testify under a pseudonym, so afraid are they of reprisals from their family or of being threatened, since being an apostate is punishable by death, according to the texts of Islam. “Even in France, do you feel threatened? we ask .“Yes, all the texts of Islam agree that apostasy is punishable by death. And the attack on Salman Rushdie showed us that risk is everywhere. »

Around a few beers, there are researchers, a history teacher, a bank employee, students, they are between 20 and 40 years old. There are two types of apostates, we are told: those who were already little believers at the start; and those who left Islam after having adhered to it for part of their life, then having moved away from it following research on their religion. For these, to call oneself an apostate is almost a necessity: “When one has had a literal reading of Islam, one can no longer adhere to it at all” , tells us a 36-year-old woman (of sixty-eight parents, she specifies), with a difficult journey, converted very young and having lived through a Salafist period, before throwing everything away. Momo explains that he himself went through a phase of “hatred of Islam, as[if he had] been deceived” .

During this aperitif, we also meet Ibrahim, 33 years old. Born into a Muslim family, he tells us that he was “at the height of his faith” in high school. “I had been approached by a Salafist preacher, in 93, where I lived. I even imposed halal at home! I wanted to implement the hadiths. It was by pursuing studies, a master ‘s degree in chemistry, that he distanced himself from religion. “I learned the theory of evolution, but at first I considered it a conspiracy: I thought that Darwin was Jewish and that he wanted to turn Muslims away from their religion”, he blurts out. Then a debate on the community channel OummaTV, between creationists and a scientist who defends the theory of evolution, begins to convince him. In his career, the Mental Hygiene YouTube channel has also influenced him. It is a channel devoted to zetetics, a discipline which consists in learning to doubt, to apply skepticism. The young man continues his story: it is after the attack on Charlie that he increasingly distances himself. “It’s like an ‘exponential’ , says the expert in scientific vocabulary. I doubted myself more and more. Until defining himself as an apostate .“The difficulty is that Islam enters into all aspects of your life. All daily gestures. When you wake up, when you eat, and almost when you brush your teeth. Now he tells us: “ The Koran is not the word of a God, it is the word of a human. Why does an all-powerful God need so much pressure to be believed? Impossible for him to reveal it to his family . During a family reunion, his brother has already announced his conversion to Catholicism, which he carried out for his wife, it went very badly. “My stepfather came to order him to return to the Muslim religion. You convert immediately , ”he demanded.

Ibrahim became a “welcome” for the Discord group, that is to say a kind of moderator. To enter this group, the organizers have multiplied the security measures, to ensure that they are not trolled by malicious people, or even threatened. The group has therefore set up a kind of oral password, which is none other than the profession of faith of Muslims, but denied. Which gives: “I testify that Allah does not exist and that Muhammad is not a prophet. “ Only an apostate can say that ,” Ibrahim points out.

Among the participants, a young Belgian of 22 years. She began to doubt two years ago, challenged by certain statements of Islam concerning women and LGBT people. “Why should my gay friends go to hell? I’m a feminist, why should my mother wear a veil and not my father? she asks herself. The trigger occurs when she reads the Koran. “It’s not what I expected, I was told that when you read it, you had a kind of revelation. In fact, it’s very chaotic, there are only sexist passages, threats to go to hell. The passages about women, I thought to myself, “I can’t. Another element finally convinces her :“The Koran assures us that the Earth is flat, whereas it is customary to say that there are scientific miracles in the Koran, that is to say that the Koran would contain scientific knowledge that we could not not know at the time when it was written… If I had known that! »

Among the participants, a 30 year old young man, researcher, who gives us only the initial of his first name, O., of parents originating from Turkey. His family is very religious, they forbade him to be friends with non-Muslims. Quite young, he turned away from religion. His remarks are also very violent towards Islam, which he describes as a “sect” . “Islam is like a sect, because this religion puts in place several layers of indoctrination and does not allow doubt. In his journey, he explains to us that he had to make the difference between his culture of origin and his religion. “I understood that I could separate the two. For example, I keep cooking and welcoming guests from my Turkish culture! »

During the discussion, some mention Majid Oukacha, an apostate youtuber. But they are several to find it “too cash” . “He is not enough of a teacher to convince Muslims who would ask themselves questions” , underlines Ibrahim. Oukacha is indeed controversial, he had moreover collaborated with the far-right newspaper Valeurs Actuelles . Momo recognizes despite everything that they have a “moral debt towards him” . “He is the first apostate YouTuber to expose himself publicly,” he said, while deploring “a condescending tone towards Muslims” .

The discussion starts with the role of the left. Many are angry with left-wing political parties for not addressing the issue of apostasy, “while it is in the DNA of the left to criticize religion” , insists the young Belgian. This group of young apostates, on the other hand, arouses the desire for recovery on the part of the extreme right. Thus, the identity Damien Rieu tried to approach them. “I am ready to debate with everyone, but not with him, because I have been told that he is a supremacist” , slice Ibrahim.

Suddenly, we see two people arrive who seem out of place with the style of the other participants, which is rather cool, hoodies…, a woman and a man whose look we will describe as “Versailles”. By talking with them, we discover that they are part of Mission Ismérie, a kind of organization which, on its website, presents itself as wanting to “accompany the great movement of conversion of Muslims to the Christian faith”  ! Amazement to discover that the Catholics are on the lookout. “We are not here to convert, but to welcome” : subtle element of language. They insinuate themselves casually into the conversation of the young apostates, slipping here and there messages from the Bible. Some seem sensitive to their speech. What well illustrate the expression “fall from Charybde in Scylla”. • 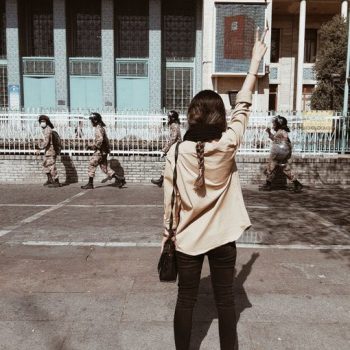 Cheers to Iranian Women, A New Film by Pune Parsafar 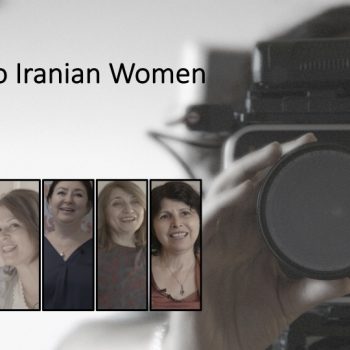