The below is my monthly column for The Freethinker published on 19 February. You can read it there too: Common humanity should be at the core of our politics too.

I was born in Iran; I am a migrant, a refugee. But I am not the “authentic other” that xenophobes love to hate nor am I the “authentic Muslim” promoted by the Islamists. To me, they are two sides of the same coin.

In this day and age, migrant or “Muslim” very often automatically equals “security risk”, “purveyor of Sharia culture and Eurabia”…  It is as if being a migrant or Iranian or Syrian or… has some detectable core quality that is inherent, eternal and essentially different.

This idea of difference has always been the fundamental principle of a racist agenda. The defeat of Nazism and its biological theory of difference largely discredited racial superiority. The racism behind it, however, found another more acceptable form of expression for this era. Instead of expression in racial terms, difference is now portrayed in cultural terms.

Anti-Muslim/migrant propaganda today reminds me of propaganda against Jewish migrants in the 1930s.

Despite this, multiculturalism as a social policy (not as a wonderful lived experience) and identity politics is seen as progressive though it insists that communities and societies are homogeneous and the “other” is essentially different, thereby making it acceptable to place collective blame and punishment. (It is also used to promote white identity politics by the way.)

To those who buy into this narrative, the “authentic Muslim” is always an Islamist. It’s as if there is no dissent, no progressive social and political movements or class politics.

Accordingly, either “Muslims” are blamed for Islamism’s crimes by those on the far-Right and apologists who have bought into their narrative – including atheists, for example, who defend Muslim profiling. (Whatever happened to the concept of innocent until proven guilty?) Or conversely, a defence of Muslims and minorities has often meant a defence of Islamists. Like when LGBT and Socialist Workers Party activists carry “We are all Hezbollah” placards – the irony, of course, completely lost on them.

In a 1945 essay, Jean Paul Sartre suggested that the authentic Jew has been created by the anti-Semite; novelist Karim Miské makes the same point about Muslims (see Kenan Malik). Moreover, the “authentic” Muslim created by the bigot is, ironically, a mirror image of that created by the Islamists.

Take the struggle against the burqa and veil as an example. The veil is central to the Islamist project for the erasure of girls and women from the public space. Yet “progressives” rush to defend the burqa and burkini rather than side with those fighting to unveil at great risks – like the magnificent unveiling movement in Iran. It’s the same when it comes to Sharia courts in Britain, gender segregation at universities and freedom of expression and conscience, including the right to blasphemy and apostasy.  It’s the Islamist narrative that “progressives” promote at the expense of dissenters.

Of course, in all this, the far-Right and their apologists cry crocodile tears for “oppressed Muslim women”, whilst simultaneously demanding closed borders for women fleeing Islamism and defending anti-women policies and religious exemptions for the Church from gender equality rules, amongst others.

Their main concern is not women’s rights but defending Christianity vis-a-vis Islam.  Misogyny is fine as long as it is not “foreign”.

One can and must reject both.

A principled response is a politics that defends humanity – all of it – irrespective of beliefs, race, gender, nationality, sexuality and immigration status. Yes even immigration status. Though it’s not popular to say, the difference between legal and “illegal” is just one piece of paper.

Anti-immigrant policies may be useful for populist and xenophobic politics like those promoted by the likes of Donald Trump, UKIP, and Norway’s Minister of Migration and Integration Sylvi Listhaug but it doesn’t do much to solve the issues that we are faced with today.

As an example, take terrorism. Trump and mini Trumps across Europe say they want to protect security by banning Muslim migrants but let’s look at the facts.

According to research by New America, every jihadist who has conducted a lethal attack inside the United States since 9/11 was a citizen or legal resident not a refugee and not from any of the countries on the ban. A quarter are converts. Also since 9/11 more people have been killed in the US by white supremacists than Islamists. The biggest terrorist attack in Norway has also been carried out by Anders Breivik, a white nationalist.

Of course that is not to say that Islamism and Islamic terrorism is not one of the main threats of our time. But stopping  migration has nothing to do with stopping terrorism. Don’t forget, Muslims or those presumed Muslim are the first victims of Islamism and terrorism. Since the beginning of 2015 alone, the Middle East, Africa and Asia have seen nearly 50 times more deaths from terrorism than Europe and the Americas.

On the issue of integration, too, looking at it through the lens of migration misses the point. Per writer Kenan Malik:

… If we look upon our differences in political or moral terms, they are often negotiable. If we see them in ethnic or cultural or religious terms, almost by definition they are not. Our peculiar perception of diversity has therefore made social conflict more intractable.

Second, we need to combat the pernicious impact of identity politics, and of the way that social policies have accentuated that pernicious impact. The combination of the two has ensured that social solidarity has become increasingly defined not in political terms – as collective action in pursuit of certain political ideals – but in terms of ethnicity or culture. The answer to the question ‘In what kind of society do I want to live?’ has become shaped less by the kinds of values or institutions we want to establish, than by the group or tribe to which we imagine we belong. From this perspective, diversity becomes a prison rather than the raw material for social engagement.

Third, we need to recognize that the issue of social fracturing is not simply an issue of migration or of minority communities. One of the features of contemporary Europe is the disaffection that many have with mainstream politics and mainstream institutions …

Finally, a guiding assumption throughout Europe has been that immigration and integration must be managed through state policies and institutions. Yet real integration, whether of immigrants or of indigenous groups, is rarely brought about by the actions of the state. Indeed, the attempts by the state to manage diversity has been at the heart of many of the problems.

Real integration is shaped primarily by civil society, by the individual bonds that people form with one another, and by the organizations they establish to further their shared political and social interests. It is the erosion of such bonds and institutions that has proved so problematic and that explains why social disengagement is a feature not simply of immigrant communities but of the wider society, too. To repair the damage that disengagement has done, and to revive what I call a progressive universalism, we need, not so much new state policies, as a renewal of civil society.

So yes, I am Iranian, British, migrant, refugee, a women rights activist, communist, secularist, atheist, ex-Muslim… but most importantly, I am human – with innumerable characteristics that define me and connect me to you.

When an interviewer repeatedly tried to pigeonhole James Baldwin as a gay writer, he said:

Today, more than ever, we need a politics that puts the human being at the centre – not religion, nationality, race, gender or migration status. A politics that starts and ends with our common humanity.

While extremists on all sides tell us that we are essentially and irretrievably different and have little, if anything, in common, the idea of universal citizenship sheds light on our common humanity. It might sound like an idealistic dream, but those of us coming from parts of the world that witnessed the demise of cosmopolitan ethics know well that the price of losing the dream is a major one.

• The above is a shortened version of my speech at a conference on February 15, 2017, in Norway on Islam, Integration and Freedom of Speech. 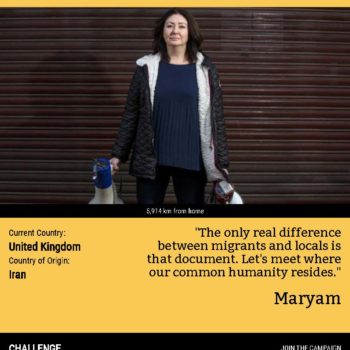 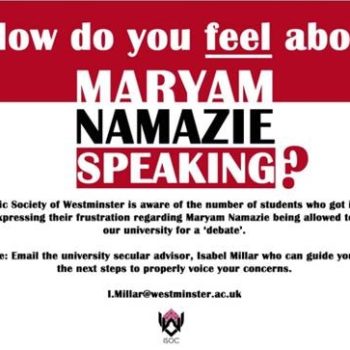