Maryam Namazie’s TedX Warwick talk on Creativity in Protesting Religious Fundamentalism has finally been published a year later but without slides. 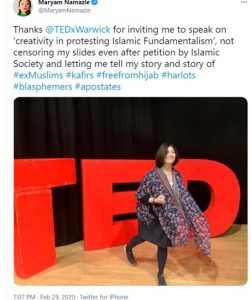 Before my talk, there was an attempt to censor some of my slides with nudity. Also, the Islamic Society at Warwick University had petitioned against my talk.

I refused to remove any of my slides and the talk went ahead as planned.

However, TedX has now censored ALL of my slides – a de facto anti-blasphemy policy. This after over a year of back and forth asking about my talk.

Initially, I was told that my talk would not be published since it ‘violated the Ted Global guidelines,’ apparently constituting ‘political speech.’ After much pressure on social media, I was told it would finally be released but would ‘benefit from more context’ and an ‘advisory note’. Now, the video has been published without any slides. And the advisory for the video states: ‘Some viewers may find elements of this talk to be distressing or objectionable.’

You can see the censored slides to my talk here: TEDxWarwick Namazie-Powerpoint

I don’t give a #Ramadamn at #Ramadan 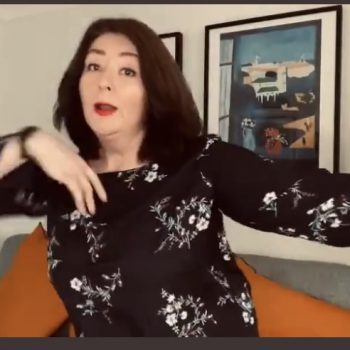 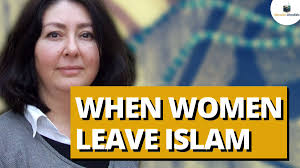