A three-hour online protest took place on 4 April reaching out to thousands on social media to highlight the urgent plight of Soheil Arabi in prison in Iran since 2013. Arabi was initially sentenced to death for “insulting the prophet.” He was eventually acquitted of this charge and his sentence reduced on appeal to seven and a half years in prison, a two-year travel ban and two years of religious study to evaluate his repentance upon his release. He was then sentenced to lashes, an additional 3 years prison and a fine for “insulting Ali Khamenei, Supreme Leader of the Islamic Republic” and “propaganda against the regime.” Arabi has been seriously tortured and in need of urgent medical attention. This urgent action took place while he is currently on hunger strike to protest the injustice of his case, the denial of medical attention and leave due to Coronavirus, the torture and mistreatment of political prisoners and prison conditions, amongst others. You can read more about his case here.

The protest was hosted by Veedu Vidz, Shahin Mohamadi and Maryam Namazie and was the first online protest of its kind  in both Persian and English.

You can watch the online protest here:

See some of the MESSAGES OF SOLIDARITY can be seen below:

Codou Bop, Human Rights Defender from Senegal: I am a woman human right defender from Senegal in West Africa. I would be very grateful to you if you could send my strong support to Soheil Arabi for his struggle for his right for freedom of faith and being whatever he wants to be. Please tell him that I feel very sad about his situation and I hope that with the support from people who believe that it is his right to be atheist, he will very soon regain his freedom.

Filmmaker Deeyah Khan: This message goes to Soheil and all the other brave people campaigning for freedom of belief and expression from me and all at Fuuse. Soheil, we support you. We deplore the violence perpetrated against you. We admire your courage and your determination against the Iranian regime. We will not let your struggle go unnoticed. We will not allow your message to be silenced. We call on everyone to join us in the campaign for Freedom for Soheil! In solidarity

Gita Sahgal, Spokesperson of One Law for All: I’m sending a picture of rosemary for remembrance. For atheists and all political prisoners in Iran. Soheil, we remember you. We call for your freedom. We stand with you and the people of Iran protesting against a cruel government which has put their lives at risk. We look forward to the day when you are free. 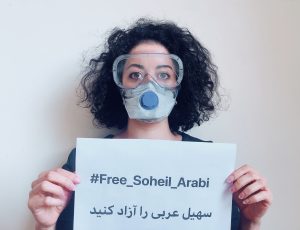 Marieme Helie Lucas, Founder of Secularism is a Women’s Issue: Repression of free thought is something that belongs to the dark ages. The Iranian regime is cynically using religion to impose itself upon people. Neither sincere believers in Islam, nor secularists, agnostics and atheists can condone the eradication of our most fundamental human rights: freedom of conscience and freedom of expression. Mollahs! you don’t speak for the people as street demonstrations have made clear in the past few months! and you don’t even speak for believers as you pretend! I salute the courage and persistence of Soheil Arabi in defending our right to blasphemy, which is what is left to us when our freedom from religion is taken away from us. Free Soheil Arabi! Long live free thought!

Human Rights Activist Nazanin Afshin Jam: During this time of isolation and just having passed Easter weekend I can’t help but reflect on how blessed I feel to be able to practice my faith in freedom. I am thinking about prisoners of conscience like Soheil Arabi who have received death sentences in Iran simply for being an atheist and questioning Islam and the supreme leader of Iran ayatollah Khamenei. Freedom of religion includes the choice not to believe in a higher power is a fundamental human right. And expressing this is freedom of expression, also a fundamental human right. It is not a crime and certainly cannot be used by a state to condemn someone to death by hanging. The United Nations and freedom loving people worldwide must do everything in their power to save the life of Soheil and other prisoners of conscience in Iran. Not only are they suffering grave human rights abuses in jail and heavy sentences and fines but now their lives are in jeopardy in their crowded jail cells with the threat of the spread of coronavirus. I stand with Soheil Arabi.

Pragna Patel, Director of Southall Black Sisters: Dear Soheil, I do not know you but you know all of us because you are fighting for all of us. For our freedoms, our dignity and for our humanity. Today I am thinking of you and all the political prisoners of conscience in Iran and around the world. Thank you for your bravery and courage. Thank you for standing up for all of us. Thank you for standing up for freedom of expression and conscience. I know that in your prison cell, surrounded by the forces of torture and inhumanity, a mere ‘thank you’ is not enough. But I hope that by registering my voice of protest, I will join the voices of the many in resistance in the hope that our voices will grow so loud and strong that even the brutal Iranian regime will no longer be able to ignore us. Martin Luther Kind once said ‘injustice anywhere is a threat to justice everywhere’. My friend, I stand with you in solidarity in your fight to be free from injustice. 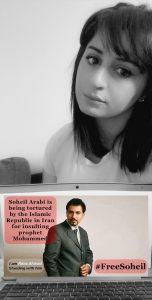 Robyn E. Blumner, President and CEO, Center for Inquiry and Executive Director, Richard Dawkins Foundation for Reason & Science: The Center for Inquiry stands for reason, science, and secular values around the world. We support Soheil Arabi’s right to speak out on behalf of atheism and against theocracy and religious dogma. We support his quest for freedom of conscience, his right to question and criticize religion, and we find his continued confinement and mistreatment for simply exercising that freedom to be an outrage that the world is rightly judging.

PLEASE SIGN PETITIONS HERE AND HERE and continue to fight for the freedom of Soheil Arabi, all other political prisoners in Iran and those across the world being held because of their conscience and expression. 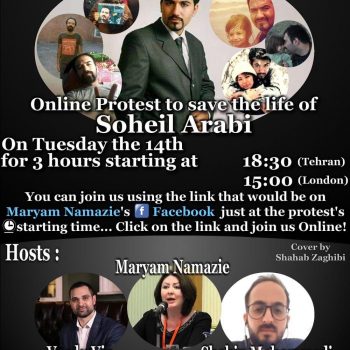 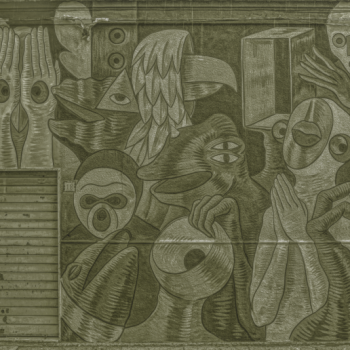