If it’s alright with the Guardian, we won’t welcome Islamism

If it’s alright with the Guardian, we won’t welcome Islamism

You have to love the Guardian. They never waiver from defending political Islam every which way they can.

They have published yet another article on why we should support Islamism in the Middle East.

Wadah Khanfar, the director general of al-Jazeera tells us that Islamism is just Muslims involved in the public sphere.

To me that’s like saying Stop Islamisation of America or Teabaggers are just Americans involved in politics or the English Defence League is just Britons involved in the public sphere. Err is that what they are calling far-Right fascist politics today and if so I must have missed the memo.

Of course this line of bullocks is nothing new – conflating Muslims and Islamism is part of the effort for that movement to feign representation. In fact, though, Islamism is a project for controlling the population at large and not an exercise in people’s democratic intervention and involvement.

Oh yes but the author is referring to a ‘reform-based Islamic movement’. Calling it reform doesn’t make it so. Reform has real meaning in the real world. You don’t just support ‘welfare reform’ because it has the word ‘reform’ in it… Islamic reformism is just a public relations ploy for the same old, same old… Let them have half a day in power and you will quickly see that their ‘reforms’ come via the hangman’s noose.

The Arab Spring protests and the protests in Iran preceding them were not Islamist-identified protests. After all Islamism has certain characteristics that are antithetical to the freedom seeking movements we have witnessed. The author and Islamists may wish to hijack these revolutions – as was done with the 1979 Iranian revolution – but that is not one and the same as Islamism being a positive development.

Let’s not forget, this is not a new project. Islamism has ruled in the region – often with US-led militarism’s complicity – long enough for us to know how vile it is.

So if it’s alright with the Guardian, we will not welcome it and will carry on fighting it to the end.

Thanks to Brett Lock and Terry Sanderson for sending me the link. 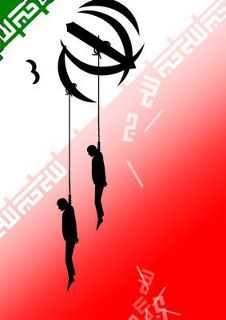