UPDATE: Finally, some justice that 29 UN member states voted to oust #Islamic regime of #Iran from @UN_CSW. Sided with women rather than misogynist regime. But which are 8 states that voted against ousting and 16 that abstained. Shameful. Shameful. Shameful. #MahsaAmini
#IranRevolution

One Law for All calls on the UN Commission on the Status of Women to immediately remove the Islamic regime of Iran from the body today.

“A misogynist regime that has killed Mahsa Amini for few strands of hair, arrested 18,000 since the 16 September protests surrounding her death and begun executing protestors has no place in a body promoting gender equality. The women of Iran expect the 54-member UN Economic and Social Council to vote to remove the regime. How can an execution capital of the world and a state that legally discriminates and promotes violence against women be on a women’s rights body? Expelling the regime from the UNCSW will be a welcome precedent and put women’s rights above the ‘rights’ of states to violate women’s rights without consequences or accountability.

“The Islamic regime of Iran says its removal from the UNCSW will prevent states with ‘different cultures, customs and traditions’ from being on UN bodies. Discrimination and violence against women and girls via state security forces and sharia law are not culture and tradition but violations of women’s rights. The Islamic regime of Iran cannot violate women’s rights, promote gender inequality via its laws and kill and rape protestors and expect to remain on the UNCSW.

“Having an Islamic regime of gender apartheid on a UN commission promoting gender equality is like having a racial apartheid regime on a commission promoting racial equality. Compulsory veiling is part of the imposition of gender apartheid. It aims to segregate the sexes by force. It kills. If racial apartheid is not culture and tradition but racism, then sex apartheid is sexism and misogyny not culture and tradition. The Islamic regime of Iran must be ousted from the UNCSW. The UNCSW must side with the women of Iran not a misogynist state.

“The only international body the Islamic regime of Iran should be involved with is the International Criminal Court for crimes against humanity and against women.”

How dare you defend stoning to death, Debate on Byline TV 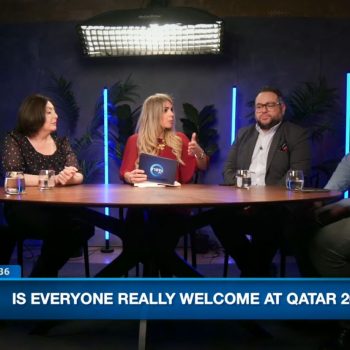 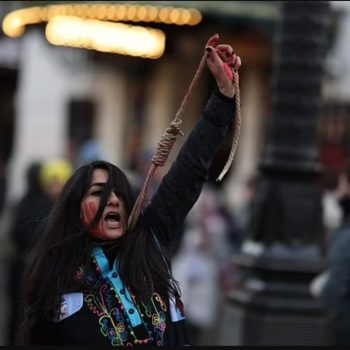