This month’s piece in The Freethinker.

Since 1 June – that’s one week – there have been 25 terrorist attacks, including in Afghanistan, Iraq, Egypt, Pakistan, Somalia and the UK. The latest took place today in Iran.

Islamists want their terrorism to become the new normal.

This might not seem ordinary to you right now. But, after a time, it will.

Yet, even after almost 40 years since the beginning of the contemporary Islamist movement in Iran and – though much has changed in all of our societies – their rule has still not become the “new normal”, hence the unrelenting violence.

This is because, like in The Handmaid’s Tale where much seems lost, there is resistance. In our day and age, this takes various forms – from concerts to unveiling, blaspheming and fast-defying. Despite the threats, people resist because it is the only way one can feel alive and remain truly human – particularly when faced with a theocracy that wants to control every aspect of your life,  from how you dress to whom you choose to have sex with.

Instead of supporting the resistance, however, governments pander to populist xenophobia instead of targeting the Islamists, most of whom are already known to the security services, and continue business as usual with states that fund and promote terrorism, such as the Saudi and Iranian regimes. (Which is why for example, an investigation into the foreign funding of Islamist groups may never be published by the Home Office.)

They also actively promote everything from faith schools to Sharia courts, burqas, gender segregation, de facto or de jure blasphemy and apostasy laws and the silencing of criticism or rejection of Islam with calls for “respect” and “tolerance” of the disrespectful and intolerant.  These political manifestations of Islamist terrorism are constantly legitimised and wrapped in human rights language for public consumption in order to, in actuality, deny human rights.

And, whilst the body count piles high – particularly in the Middle East, North Africa and South Asia – where the usual excuses of US-led militarism or racism don’t wash, they are busy falling over themselves to prove that Islamism and its terrorism have nothing to do with Islam, though any Islamist will tell you they are the “true believer” doing God’s dirty work.

Of course, fighting Islamism is a political fight first and foremost but there is also a need to simultaneously fight Islamist ideology and that means being able to unrelentingly criticise, mock and reject Islam. That’s not to say that the right to religion is not a basic human right. It is, as is – by the way – freedom from religion. But it is a right for the individual. In the state, the law and educational system, religion is the religious-Right’s tool to control and oppress.

Ironically, though, it is only the Islamists and the religious-Right that are household names – from Al-Baghdadi, Bin Laden, Khamenei to the Saudi King, whilst not many know the names and struggles of Bonya Ahmed, Fauzia Ilyas, Houzan Mahmoud, Marieme Helie Lucas, Waleed Al Husseini and Zehra Pela.

But they are the names we must all know in the battle that lies ahead – today’s suffragettes, civil rights leaders, anti- [gender] apartheid heroes, the anti-fascist resistance … though they are hardly recognised as such and often vilified as “Islamophobes” and “native informants”. This blaming of victims and dissenters is part and parcel of the Islamist narrative peddled by governments unable and unwilling to put human welfare and lives before profit.

And it is this resistance from Kobane to Sulaymaniyah to Tehran and even in the heart of Europe that can and will bring Islamism to its knees.

Many members of today’s resistance against Islamism and its ideology will be speaking at the 22-24 July International Conference on Freedom of Conscience and Expression in the 21st century.

Support the resistance; find out more about their work and how you can support them. Get your tickets to the historic conference today. 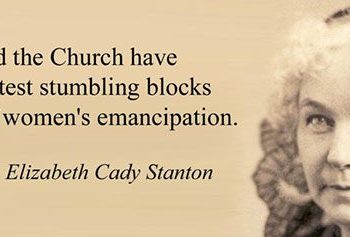