In a letter, Iranian political prisoner Behnam Ebrahimzadeh insists on being released to see his severely sick child stricken with cancer in hospital. Nine other political prisoners have also written a statement calling for pressure to be exerted on the Islamic regime in Iran to release Behnam.

See both letters below:

I was putting up with the prison pain, but suddenly I was stricken with grief.

I don’t know when it was, maybe eight to nine days ago, when I heard that my only child, my 13-year old Nima, already overcome by the pain of separation from his father and all kinds of deprivation, has been admitted to Mahak Hospital, a hospital for children with cancer; a bitter experience and a shocking moment, which have pierced deep into my soul.

I don’t know about the condition of my darling child. My wife doesn’t clearly tell me, but she hopes that I would soon be given leave to come and see them. I have therefore asked for leave, which if granted would certainly have a great impact on me and my sick child. This is the only moment in the life of a father, which he doesn’t want to lose under any circumstances. So, thanks to my friends, I have come up with a property surety, and like in the past when I have asked for things, I have been given a favourable answer. But maybe this time too it will turn out to be just words.

Under these circumstances, with thousands of thoughts in my mind about my son Nima, remembering the empty promises of those in charge has turned my suffering into an excruciating pain. I have to be at the side of my sick child. This is my right. I am a political prisoner, whose anguish over his son’s illness has made everything look dark. There are several courses of action open to me, one of which is to go on a dry hunger strike. Maybe I’ll get an answer that way.

I want to choose patience and endurance, while resisting and putting pressure; however, anything can happen. First, deprivation from food, leave, proper visits, telephone, medical care, etc., and now deprivation from the right to be at the side of my sick child is what is going to break me down.

I insist on my demand for leave to visit my child; at the same time, I appeal to everyone to support the rights of my child and to help his recovery. Who would have thought that someone who for years has fought for children’s and workers’ rights, would one day be in prison for his beliefs and defence of children, and then hear that groups of compassionate people, friends and comrades are visiting his sick child, but he himself isn’t able to stroke the feverish head of his child?

I will defy and resist, as I have done up to now, but who is answerable for all this injustice and suffering? Who is responsible for the condition that my child Nima is in?

I have hope in the strong and kind hands of the doctors and nurses, hope in the support of friends, comrades, colleagues and the good and caring people of the country. I am most grateful to all those who over these past days have been asking about my child and who have visited my family and son.

I thank all the doctors and nurses of Mahak Hospital and all those who have been helping to aid the recovery of my son. In the hope of a speedy recovery for my son Nima Ebrahimzadeh and all sick children.

We a group of political prisoners in Rajaee Shahr Prison have been informed that Nima, the 14-year old and only son of labour activist Behnam Ebrahimzadeh, who is serving a five-year sentence, is ill in hospital, suffering from cancer. Nima’s doctors have said that emotionally Nima desperately needs his father to be at his side for the treatment to be effective. However, the Prison officials, with the complicity of the Ministry of Intelligence, are refusing to give Behnam leave so he can visit his beloved son, while according to existing laws this is Behnam’s absolute right, especially as his loved one is in such grave circumstances.

While condemning this inhuman action of the Islamic Republic regime, we call on all international organisations and all those who care for freedom to step up their pressure on the regime in every way they can so it grants leave for Behnam. Behnam’s only crime is to have fought for the rights of the working class, the right to organise, the right to strike, and to have defended homeless working children. Behnam is a dad in prison, who has not embraced his only son in years, and now his son is dangerously ill and under chemotherapy.

Translated from Farsi by Free Them Now! Campaign to Free Jailed Workers in Iran 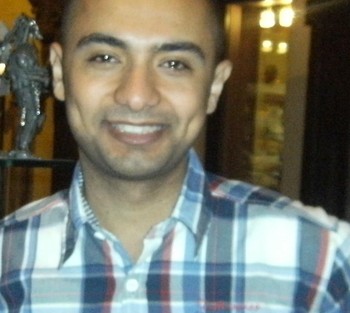