Below are my opening remarks during a conversation with Sociologist Tariq Modood at Westminster University on Secularism and Diversity on 24 February 2017 organised by the University’s Secular Adviser, Isabel Millar. The event went ahead as planned even though Jihadi John’s Islamic Society tried but abysmally failed to “disinvite” me. Which goes to show once more how important the debate on secularism and diversity is. (For background on the restrictions placed at Westminster and other universities, see this. The video of the event should be made available shortly.)

Secularism is not a belief equal to religion; it’s not atheism. Many religious believers can be secularists. Secularism – the separation of religion from the state – is simply a framework and precondition for the equality of citizens.

Sociologist Tariq Modood, however, speaks of “moderate” versus “extreme” secularism. For him, the “moderate”  version is the British one, which isn’t even secularism by the way (though British society is secularised); examples include an established church, bishops in the House of Lords, tax-payer funded chaplains, and religious-exemptions to equalities rules and animal slaughter.

Modood says: “…moderates have learned lessons from efforts to suppress particular religions in the past and apply them now both to religions that are newly prominent in Europe and proposals to suppress religion in general”.

The idea that secularism suppresses unless it is “moderate” and accommodates religion is a subversion of truth. Secularism is a response to the suppression of freethinkers, dissenters, apostates, blasphemers, heretics, scientists… by religion in political power. This is true throughout the ages and is very much true today.

In fact, what Modood considers the “extreme” version, Laïcité, came about in 1905 as a response to the suppressive role of the church. To him, though, even the National Secular Society is “extreme” as if challenging religion’s privilege is on par with religious extremism; as if cartoons and expression are “extreme” like murder. (The usual “I oppose the Charlie Hebdo murders but, but, but..”)

The problem today is not a lack of religion as Modood likes to think but too much of it. The religious are so used to being privileged that any challenge is equated with “suppression”. It isn’t.

If you’re stopped from discriminating against others, it’s doesn’t mean you are discriminated against. If gender segregation is opposed at universities (because it is discriminatory to assign a place to women; because gender apartheid is like racial apartheid), it doesn’t mean your right to religion is being suppressed – just that you cannot use your religious beliefs to discriminate against women. Having religious freedom doesn’t mean that the religious have greater rights than anyone else. Also, the freedom of religion has a corresponding right to be free from religion.

As author and current UN Rapporteur on Religion and Culture, Karima Bennoune, says:

“…in applying freedom of religion, both those who believe and those who choose not to believe, as well as those who seek to manifest belief and those who do not wish to be coerced to do so, must be taken into consideration. This is only possible in a framework of secularism…”

This is why the secular framework protects rights and the “public good” in a way that the religious framework can’t.

According to Algerian sociologist Marieme Helie Lucas, “religion(s) working for the ‘public good’ of the nation means that the ways of living – what is permissible and what is forbidden – are/should be defined by religious ideologies i.e. what believers think their god(s) think.  For instance, Catholics think the Christian god forbids contraception and abortion; Hindus gods and goddesses consider some castes of citizens  to be inferior to others… And it is not enough for believers to live according to their own rules, they want these rules to apply to everyone and laws to be set according to their beliefs. Catholics want to impose on everyone  laws that forbid reproductive rights; Hindus want to impose laws that discriminate against ‘inferior’ castes, etc… This is the kind of  ‘good’ that comes with religious views.

“Secularism, however, does NOT force Catholics to make use of the laws allowing contraception and abortion, or any Hindu to share their food with a dalit but allows for everyone to be able to choose between the prejudice and discrimination imposed by clerics in the name of their god(s) and democratically voted laws: the law of the people versus the law of god”.

Modood says: “secularism can be a resource for dealing with diversity, when it is based on commitments to fairness and mutual engagement rather than compartmentalisation and refusal to accommodate”.

But accommodate what or whom? The Westminster Islamic Society students who refuse to speak to female Muslim staff? Haitham al-Haddad who believe that “homosexuality is a crime against humanity“? or Muslim Association of Britain President Omer El Hamdoon who believes ex-Muslims should be shunned and that stoning is permissible in an ideal Islamic state? Or “accommodate” the beliefs of Hindutva and segregate based on caste or ban abortions because Catholicism demands it?

Also, don’t forget, many religious believers don’t accept the caste system, or gender segregation or the shunning of apostates. No society or group is homogenous. I come from an Ijtehad (source of emulation) family, my grandfather was an Islamic scholar, my last name means prayer, and my parents and many of my family members are Muslims – but they are not the same as Haitham al-Haddad or Ali Khamenei. There are plenty of believers who don’t agree with such bigoted views nor want to live under such rules and regulations.  People are more than the religions stamped on their foreheads since birth.  We are individuals, after all, with rights and freedoms, including the freedom of conscience, with many characteristics that define us; we are not defined by nor extensions of a tribe or community.

Modood says: “if people are to occupy the same political space without conflict, they mutually have to limit the extent to which they subject each others’ fundamental beliefs to criticism” and calls for “respect for religion“. If that is the case, he and I should have stayed home and taken up knitting. This is exactly the argument that is changing British universities, formerly bastions of free thought and expression, into “safe space” nurseries for cowards and censors.

As the Iranian Marxist Mansoor Hekmat once said, however: “people’s personal beliefs are respectable only for themselves”.

And anyway, if I disagree with your beliefs, why must I respect them? And how come this respect for religious beliefs is always a one-way street. Out of respect for my deeply held beliefs, will you stop reciting the Quran, the Bible, the Torah… because it makes the hairs on the back of my neck stand on end – with its verses justifying everything from the death penalty for apostates to women’s subservient status?

I do not ask this of you; why do you ask it of me?

You have a right to your beliefs but you forget, so do I. Your demand that I respect your beliefs is a demand for my submission and silence.

And when I refuse, you cry “suppression”, “discrimination”, “incitement to hatred”, “Islamophobia” but this is once again the subversion of truth. You know full well that there is a difference between respecting people and respecting their beliefs. Human beings are sacred but no belief is sacred to everyone. I won’t accommodate or respect religious beliefs that denigrate LGBT, apostates, blasphemers, women nor will I respect the beliefs of bigots and racists that dehumanise migrants and Muslims as essentially “inferior” and “different”.

As the journalist Johann Hari says: “I respect you too much as a person to respect your ridiculous beliefs”.

Modood says: multiculturalism “marks a new conception of equality, that is to say, not just anti-discrimination, sameness of treatment and toleration of ‘difference’, but respect for difference; not equal rights despite differences but equality as the accommodation of difference in the public space…”

The irony is that the idea of difference has always been the fundamental principle of a racist agenda. The defeat of Nazism and its biological theory of difference largely discredited racial superiority. The racism behind it, however, found another more acceptable form of expression for this era. Instead of expression in racial terms, difference is now portrayed in cultural terms.

Despite its “progressive” cover, different rights for “different” people is a regression from the equality of people with a common humanity and shared universal values. Treating people equally – not differently – is a fundamental principle of a fair and democratic society. Multiculturalism and multifaithism defend faith and culture at the expense of rights and equality.

At a time when the religious-Right is on the ascent and wreaking havoc everywhere, Modood wants more religion – in public fora, parliament, social care and welfare, at universities… whilst condemning the demand for secularism as “extreme”.  This has always been a tactic of the religious-Right and its apologists: to do away with citizenship, promote communalism, impose an homogenised religious identity as the only marker to define citizens, redefine all problems in communal terms and push for an end to secularism. We have seen this one too many times.

A brief look around the world shows clearly that this is not a theoretical discussion. Secularism is an essential protection against the rise of the religious-Right.  It is a precondition for human rights, women’s rights, LGBT rights, for the rights of minorities within minorities – even for the religious. Many Muslims don’t want to live under rules imposed by the religious-Right. Which explains the mass flight of refugees. Secularism is for many a matter of life and death.

And secularism is not western. As Gita Sahgal of Centre for Secular Space says: “Secularism was an important principle in the anti-colonial struggle. The only way in which all human beings could be regarded as equal citizens. Not only was secularism important as a way of integrating women’s and minority rights into the question of national belonging in 20th century struggles; it remains one of the pre-conditions for a successful struggle against all forms of extremism especially the far-Right”.

In fact, because there is diversity, we need more secularism, not less, and we need it now. 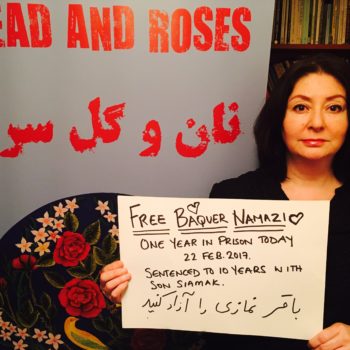 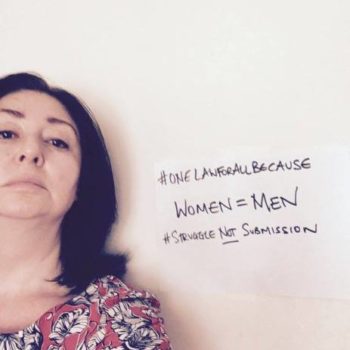