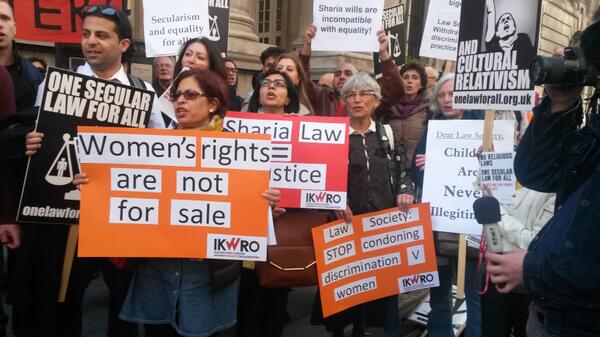 My opening remarks on Women in Islam in a discussion with Tehmina Kazi of British Muslims for Secular Democracy at AHS University Of Birmingham conference on Religion in 21 Century.

Women in Islam have no rights. It’s the same in any religion. Even if was “progressive” for its time – which I don’t buy – it’s not enough for 21 Century women.

I know religious texts can be interpreted to be more “women-friendly” but I have yet to see interpretations that are good enough for me at least.

And anyway I think it’s dangerous to leave women’s rights to the mercy of interpretations – especially since it is those in power – very often Islamists – that determine women’s place in society.

For me, “Islamic feminism” is an oxymoron like “Islamic human rights;” they are antithetical to each other. If there are better laws for women in some countries where Islam plays a role, it is not because of Islam but because of secular movements calling for the separation of religion from the state and law.

If we want to have an impact on women’s rights, however, this is not the key conversation to be had. After all, it is hard to reconcile my views – as an atheist who has left Islam- with the view of one who believes in the tenets of Islam.

The more important conversation in my opinion is where there can be and are points of agreement between many atheists and believers, amongst others and that is that whatever one’s views on religion and Islam, religion in the state and law is detrimental for women and her rights.

In fact, Islam in the state and the law is the end of women’s rights.

To have this discussion, we must first separate the conflation between Islam (an idea), Islamism (a far-Right political movement) and Muslims (people with as many different points of view as any other). The three are often seen to be one and the same – incidentally both by the far-Right and the post-modernist Left. The far-Right uses criticism of Islam and Islamism to attack Muslims; the post-modernist Left uses it to defend Islam and Islamism under the guise of defending Muslims.

When we conflate real live human beings with religion and the religious-right wing we not only fail to see the humanity of the “other,” but also the immense dissent and resistance. We therefore cannot see the commonalities in our struggle for women’s rights and equality. The conflation of Islam, Islamism and Muslims homogenises Muslims and sees the authentic Muslims as an Islamist. It fails to see that many issues – often seen as “people’s right to religion” are highly contested/challenged by those deemed “Muslims” and that they are in fact Islamism’s “right” to oppress and control women – whether in the areas of gender segregation, Sharia laws or the veil.

There are countless examples of this huge political fight against the Islamists by those deemed to be of “Muslim heritage” and how these contestations are ignored in Europe with only Islamism’s narrative given credence.

In Iran, for example, women are fighting hard to enter sports stadiums where they are banned due to gender segregation rules. In Britain, however, gender segregation is actively promoted. One good example of this is when in December 2013, Universities UK, a regulatory body, endorsed gender segregation in its guidelines on external speakers, saying: “Assuming the side-by-side segregated seating arrangement is adopted, there does not appear to be any discrimination on gender grounds merely by imposing segregated seating. Both men and women are being treated equally, as they are both being segregated in the same way.” (The familiar separate but equal arguments we heard during racial apartheid in South Africa.)

UUK was eventually forced to withdraw its guidance after women’s rights campaigners and secularists protested the guidelines; as a result of our campaigning efforts, the Equality and Human Rights Commission ruled against it saying: “Gender segregation is not permitted in any academic meetings or at events, lectures or meetings provided for students, or at events attended by members of the public or employees of the university or the students’ union.”

Sharia family codes are another area where women’s rights campaigners have fought hard to oppose discriminatory laws. Under Sharia’s civil code a women’s testimony is half that of a man’s, women have limited right to divorce whereas men have unilateral right to divorce, child custody is given to the father at a pre-set age irrespective of the welfare of the child and marriage contracts are entered into between the man and the woman’s male guardian.

The Islamic Sharia court in Britain explains why a woman’s testimony is half that of a man’s: ‘If one forgets, the other can remind her.’ It’s the difference between a man and a woman’s brains.’ ‘A woman’s character is not so good for a case where testimony requires attention and concentration.’ It goes on to say it is not ‘derogatory’ but ‘the secret of women’s nature.’

According to human rights campaigner Gita Sahgal, “there is active support for sharia laws precisely because it is limited to denying women rights in the family. No hands are being cut off, so there can’t be a problem …”

But this is an area of fightback for many years.

In Algeria, women’s rights activists singing for change label 20 years of Sharia in the family code as 20 years of madness.  They sing:

“I am telling you a story

Of what the powerful have done

Of rules, a code of despair

A code obsessed with women…”

“This law must be undone…!”

In Iran, after the establishment of Sharia law there, the Iranian Lawyers’ Association came out in full force against the new religious codes only to be met with arrest and exile; some opponents were even charged with apostasy, which is a “crime” punishable by death…

But here, the British government has so far failed to defend women’s rights and equality and even groups like the British Humanist Association state that Sharia courts are people’s “right to religion;” its Chief Executive has stated after visiting a Beth Din and the Islamic Sharia Council that he was “left without a single secularist reason to say that they should not be allowed to operate as they do.”

Also, despite its discriminatory nature, the Law Society in Britain issued a practice note for solicitors on how to draw up ‘Sharia-compliant’ wills, stating that:

The note was withdrawn only after the protests of women’s rights campaigners and secularists.

It’s the same with regards the veil, burqa and niqab, which are highly contested.

In Iran, for example, there is an unveiling movement though improper veiling and unveiling is punishable by a fine, arrest, and up to two months in prison.

In Iran, billboards will compare unveiled women to  unwrapped sweets – free for the taking. Here in Europe, pressures include calling improperly veiled women “hoejabis.” Despite this, “progressives” often defend the hijab as a “right” and a “choice” when, socially speaking, it has been imposed by brute force. Defenders of the veil here in Europe forget that there is a corresponding right to unveil and for unveiled women not to be perceived as whores and sources of fitnah.

What I want to say is that in areas where there is a huge fight taking place, like against Sharia law, the veil or gender segregation, rather than siding with those defending women’s rights and equality, there is often a defence of the Islamists under the guide of defending “Muslims.”

How to change things? We need to move beyond regressive identity politics and begin to side with those who defend women’s rights and equality – whether they are believers or atheists.

Moreover, secularism is a minimum precondition for women’s rights. 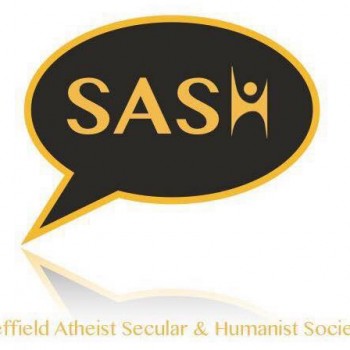