Here is my monthly column entitled Sharia courts are a human rights scandal in The Freethinker, 29 July 2016. You can also read it below.

It is a human rights scandal that Sharia “courts” exist in Britain; it’s where the greatest abuses of minority women takes place. For example, under Sharia rules, a woman’s testimony is worth half that of a man’s; a man can have four wives and divorce his wife by simple repudiation, whereas a woman has limited rights to divorce; child custody reverts to the father at a preset age, even if the father is abusive; and marital rape is not considered a crime.

“It is supported precisely because it is limited to denying women’s rights in the family. No hands are being cut off, so there’s no problem”, according to Gita Sahgal, Director of Centre for Secular Space.

Though there is no official Sharia and practice varies in different countries, Islamists believe “in the imposition of ‘God’s law’, something called the Sharia”, according to author Karima Bennoune.

Whilst opposition to the “courts” by black and minority women is absurdly portrayed as a denial of the right to religion, it is fundamentally about challenging the Islamist project, one aspect of which is imposition of the Sharia in the form of courts.

What’s often ignored is that Sharia bodies have grown out of an Islamist agenda; the first council was established in 1982 in Leyton with clear connections with transnational Islamist groups. Author Elham Manea says:

For example, according to its website, the Islamic Sharia Council in Leyton was founded by several organisations that have known affiliations with political and societal Islamism: Jamaat-e-Islami (UK Islamic Mission), Muslim Brotherhood (Muslim Welfare House), and global Wahhabi Islam (Muslim World League). Some of those working in the council as ‘judges’ belong to Salafi Islam (such as Haitham Al Haddad) and to Ahl Al Hadith, the Salafis of South Asia (such as Dr Suhaib Hasan).

According to the 1995 Channel 4 Dispatches documentary War Crimes File, the head of this council, Sheikh Maulana Abu Sayeed, was a senior member of the Al-Badr Squad – a paramilitary offshoot of the Jamaat-e-Islami – which served as Pakistan’s death squad in 1971 during Bangladesh’s War of Independence.

The British government has mainly  ignored the Islamist links and women’s rights violations whilst simultaneously continuing to promote the outsourcing of justice for minority women to a second-rate system.

The government’s main arguments are that these bodies are not courts, women who “choose” to go to them for “mediation” should have a “right” to do so, women “benefit a great deal” from them, and that those who need to can always seek justice in a civil court. But it’s not so simple.

Sharia bodies are clearly parallel legal systems though they misrepresent themselves as non-binding mediation bodies. The term Sharia itself means law. The bodies are set up as courts. Those presiding call themselves judges and issue what is considered by the judges, women themselves and the wider community as binding religious law.

Given the undue control and power judges have on women (many of whom are vulnerable or survivors of some form of violence), the voluntary nature of the courts are a sham. Testimonies gathered by campaigners reveal the pressures and coercion involved.  In fact, the Iranian Kurdish Women’s Rights Organisation argues that the “court” process itself amounts to abuse and psychological harm.

Moreover, refusing to attend or abide by rulings can be seen to be tantamount to apostasy making it all the more difficult for vulnerable women to secure their rights. Finally, even if some women “choose” to go to the courts, it doesn’t mean that rights violations do not take place.

Nearly 20 years ago, women’s rights campaigners from 18 countries warned that:

Fundamentalist ideologies and movements can transform themselves from a mere presence in a society – appearing as but one of the many ‘options’ for religious observance or affiliation – into a source of compulsion and, ultimately violation.

This is the situation we find ourselves in today – not only in Britain but in many countries across the globe.

Multiculturalism as a social policy, homogenisation of the “Muslim community”, cuts in legal aid, the outsourcing of justice to religious arbitration, the appeasement of political Islam and its conflation with “Muslims” are some of the factors behind what Pragna Patel of Southall Black Sisters calls Shariafication-by-Stealth.

Unfortunately, a much awaited inquiry into Sharia bodies is nothing more than a whitewash and will further legitimise and strengthen them.  Despite all the evidence to the contrary, the government seems still more concerned with defending religion and the religious-Right, than women’s and citizenship rights.

Minority women must be treated as independent persons with citizenship and human rights – not extensions of “their community” or religious leaders and imams. Isn’t it time the same principles of human rights and equality before the law apply to everyone?

Nothing less must do.

To support the campaign for #OneLawforAll, help us get a copy of Elham Manea’s book on Women and Sharia Law: into the hands of every MP/Peer so that they can make an informed decision about the harmful consequences of parallel legal systems on women’s lives and rights. 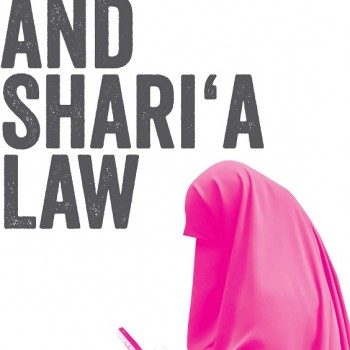