The launch was a huge success

The launch was a huge success 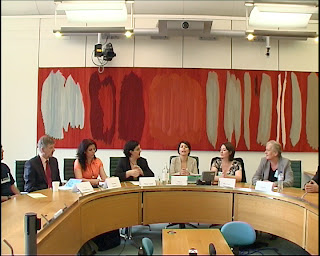 The launch of the Council of Ex-Muslims of Britain was a huge success! To see my speech at the event, click here. (Others speeches to follow.)

Thanks to the British Humanist Association and the National Secular Society for sponsoring it. Also a huge thanks to the lovely AC Grayling who came and spoke and to all of you who have sent kind emails and warm wishes of congratulations. We have been inundated by your support! Of course there have been the few crazies (aka Islamists) too (like the chap who has written saying once a Muslim always a Muslim and that no one can ever leave Islam!).

A special thanks also goes to the many unbelievers, atheists and ex-Muslims who came to the launch and or who are calling or writing to join (including from other countries!). The response has been unbelieveable. You will soon be able to join online by going to our website (from next week though as we are still trying to sort out some technical hitches.)

The Muslim Council of Britain of course isn’t ‘taking [us] seriously’, according to the Guardian. Unfortunately for them, everyone else is and they will learn to soon enough.

BTW the establishment of the new organisation has been reported in various media outlets:

New group for those who renounce Islam, Telegraph, June 21, 2007

The Courage of their convictions, AC Grayling, Guardian’s Comment is Free, June 20, 2007

Only hours left to stop stoning in Iran