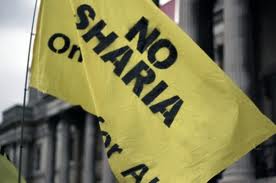 We want to thank you for your support throughout 2011 and to give you a reminder of the important steps we took throughout the year, none of which would have been possible without you.

One of the most significant events this year was the introduction of the Arbitration and Mediation (Equality) Bill which was introduced to the House of Lords by Baroness Caroline Cox. Baroness Cox has said that she was inspired by the work of One Law for All. I, along with Keith Porteous Wood of the National Secular Society, have been working closely with Baroness Cox in recent months to assist in her efforts, within Parliament, to shore up support for the Bill. Last week, I addressed a meeting of Peers at the House of Lords and further talks and information sessions will be held in the New Year. The Bill aims to end discriminatory practices, particularly against women, in arbitration and mediation carried out in the UK. This would mean that the sharia practice of giving the testimony of women only half the weight of that of men would be unlawful. The Bill will also create a criminal offence which will prevent people from pretending to have lawful jurisdiction that they do not have. This would carry a five year prison sentence and is aimed at protecting vulnerable women. We will continue to push this incredibly important Bill in 2012, which promotes equal rights for all.

Also in 2011, One Law for All began studying the effects of sharia on the rights and protections of children. Sharia law awards child custody to fathers at a preset age regardless of the circumstances of the case. This is entirely contrary to the requirements of the Children Act 1989 which instructs all UK courts to place the best interests of the child as the primary consideration in all cases. One Law for All has decided to expand its written report in to this issue and we are currently inviting experts in this area to contribute to this important document, which we hope to hand over to the Government in early 2012. We held a successful seminar in November this year with the aim of introducing the issues surrounding sharia and the rights of children. We will continue to work on this in 2012.

Throughout the year, Maryam and I have debated sharia law at UCL, the House of Commons and the Liberal Democrat conference. We have given talks on sharia at Oxford University, How the Light Gets in Philosophy Festival, London School of Economics, Amnesty International, and various other educational and human rights institutions. We have also organised a successful seminar, ‘Enemies not Allies: The Far-Right and Pro-Islamist Left’, an international conference on ‘Women’s Rights, Sharia Law and Secularism’ as well as the third edition of our art competition ‘Passion for Freedom’.
In August, Maryam brought One Law for All to Australia, where increasing demands for sharia are being made. She spent a week there on a highly successful speaking tour, and was interviewed by many TV stations and other media. We have also been to Italy, Denmark and Norway this year and plan to speak in Belgium, Canada and Sweden on Sharia in the coming year.

It has been a busy and extremely important year for us and we very much intend to step up the pace in 2012 and continue to insist that our voices against sharia are heard – by Parliament and also by the Islamists themselves; but as always we can only do this with your help. Please help us to continue our essential work and end sharia courts for good. To donate to the work of One Law for All, please either send a cheque made payable to One Law for All to BM Box 2387, London WC1N 3XX, UK or pay via Paypal. We need regular support and also for supporters to commit to giving at least £5-10 a month via direct debit. You can find out more about how to join the 100 Club here.

If you shop online, please do so via the Easy Fundraising’s website. It won’t cost you anything extra but can help raise much needed funds for One Law for All.

Once again, thank you for your vital support and we would like to wish you a very happy festive season and a prosperous 2012.