On the cancellation of our talk, New Humanist magazine wrote: Yesterday evening, a talk on “Sharia Law and Human Rights” organised by the Atheism, Secularism and Humanism Society at Queen Mary, University London, had to be cancelled after threats of violence. The talk was due to be given by Anne Marie Waters of the One Law For All campaign, which campaigns against the use of Sharia in the UK.

Correction: The British Humanist Association posted a press release on the cancellation as well (it did so first) without any reference to Anne Marie and One Law for All.

More likely it is part of the ongoing effort to ignore the real links between campaigning against Sharia law and attacks on free expression as well as their priority of working with religions rather than keeping religion out of the public sphere.

Mentioned or not, though, we mean business and we will get rid of Sharia law.

You can expect threats if you discuss Sharia 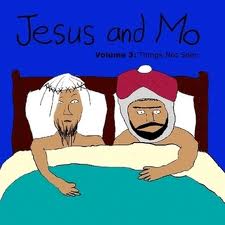