Maybe we can all try to mutilate our daughters on World Mutilation Day or marry off our girls on World Child Marriages Day? How about a day when our male guardians can track our whereabouts to make sure we aren’t leaving the country.

I know adult women have a right to wear the hijab (given the threats and compulsory nature of it in most places – this is very often just a formality but nonetheless) but to ask others to wear it is a tad absurd – if I’m being polite.

I am sorry but I don’t think I am the cause of fitna/chaos in the world and therefore find the veil abhorrent.

So here is my tribute to the hijab: 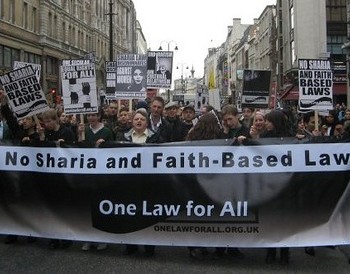 A new letter about Iran Stoning case and her imprisoned lawyer