Since the murder of Iranian Kurdish woman Mahsa Jina Amini for ‘improper’ veiling by the Islamic regime of Iran’s morality police on September 16, there have been ongoing mass protests across Iran, led by women and girls. This is being called a women’s revolution, the main slogan of which is ‘Woman, Life, Freedom’ and ‘We don’t want and Islamic state.’ Join us in solidarity actions and show your support!

Join One Law for All in a joint action with award-winning body artist Victoria Gugenheim to read out names of 100 killed, disappeared or imprisoned by the Islamic regime of Iran since 16 September. Come and write your message of solidarity for the women’s revolution in Iran on our #FreedomBanner. 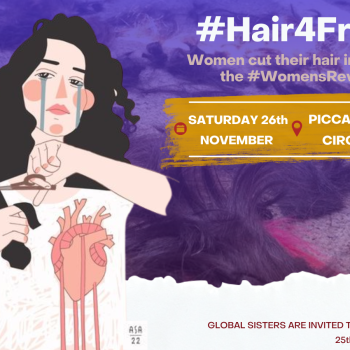 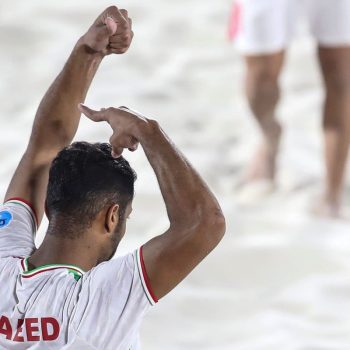