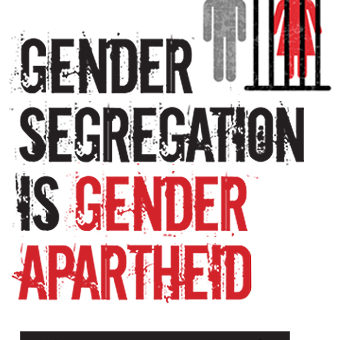 On 11 and 12 July 2017, Southall Black Sisters (SBS) and Inspire will be intervening in an important case on gender segregation to press the Court of Appeal to rule that the practice of gender segregation in a voluntary aided Muslim co-ed school amounts to sex discrimination under the equality law.  This is a potentially historical and precedent setting case, the outcome of which will have a far reaching impact on the human rights of minority women and girls.

Background to the case

School X segregates its pupils based on their gender. From the age of 9 to 16, boys and girls of Muslim background are segregated for everything – during lessons and all breaks, activities and school trips.

The school was inspected by Ofsted which raised concerns about gender segregation and other leadership failings involving the absence of effective safeguarding procedures, and an unchallenged culture of gender stereotyping and homophobia. Offensive books promoting rape, violence and against women and misogyny were discovered in the school library. Some girls also complained anonymously that gender segregation did not prepare them for social interaction and integration into the wider society. As a result of what it found during the inspection, Ofsted judged the school to be inadequate and placed it in special measures.

Ofsted is seeking to overturn this part of the judgment but the Department of Education and the Equality and Human Rights Commission, along with SBS and Inspire are intervening in support of Ofsted.

Why we are intervening

SBS and Inspire are intervening in this case because we believe that the right to equality for women and girls of Muslim background in this instance is being seriously undermined. We are alarmed by the growing acceptance of such a practice in our universities and schools; a move that we have also previously contested. In a context where all the evidence shows that minority women are subject to growing abuse, isolation, inequality and powerlessness, the practice of gender segregation cannot be viewed as a benign development because it is informed by the Muslim fundamentalist view that women are inferior and the cause of disorder and sexual chaos in society. If unchecked, the practice will give religious fundamentalist and ultra-conservative forces in our communities more and more power to define women’s lives. It will also signal the view that regulatory bodies like Ofsted have no business in investigating issues of gender inequality in faith based schools. We say that gender segregation amounts to direct sex discrimination and violates the fundamental rights and freedoms of women and girls under international human rights law on equality and non-discrimination.

Pragna Patel of SBS said: “Fundamentalist and conservative religious norms like gender segregation are becoming normalised in minority communities at an alarming rate. Separate can never be equal in a context of rising misogyny, violence against women and patriarchal control. Regressive religious forces want to implement their fundamentalist vision of education. They want to use religion to extinguish the human rights of minority women and girls to equality and self determination. We will not allow this to happen. We will not allow them to undo the strides that we have made for greater equality and freedom. Our struggle against gender segregation mirrors the struggle against racial segregation: it is morally, politically and legally wrong and the Court of Appeal and the rest of society must recognise this.”

Sara Khan of Inspire said: “I am deeply concerned about the rise and accommodation of gender segregation in our schools and universities.  This is due in large part to the rise of fundamentalist patriarchal movements over the last few decades which seeks to reinforce regressive gender stereotypes and restrict women’s rights in an attempt to deny women full and equal participation in public life.  I have seen first hand the damaging impact of gender segregation on women and girls.  As a British Muslim woman, I call on our country and our judiciary to stand on the side of equality and women’s rights, at a time when illiberals and fundamentalists seek to do away with them.

Maryam Namazie from One Law for All added: “Islamists have become adept at using rights language to impose rights restrictions. Islamist projects like the niqab or Sharia courts are deceptively promoted as “rights” and “choices” when in fact their aim is to control and restrict women and girls. Girls in Islamic schools are segregated not in order to enable them to flourish but because they are seen to be the source of fitnah and male arousal from puberty onwards. Which is why they must be veiled, segregated, and prevented from many activities that are essential to child development. The court would do well to remember that when it comes to children in particular, there is a duty of care to ensure that the girl child has access to a level playing field and is able to flourish – sometimes despite the wishes of parents and fundamentalists.”

We will be available on 11 and 12 July to give interviews and make comments.

Notes to the editors:

Your beliefs are not more important than mine 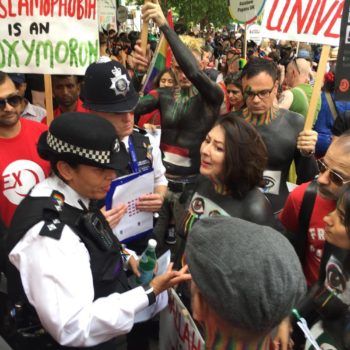