Not one more execution 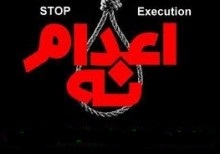 Not one more execution

Don’t forget that today is the international day of protest against executions and for the release of political prisoners in Iran. Join this day of protest to bring attention to and stop the state-sponsored killings. Write protest letters, join actions and rallies in your city of residence, or carry out acts of solidarity… anything that will help raise our voices in unison against the executions and torture. They must be stopped now.

You can find a list of events taking place here and here (in English).

Here’s more on why the day is important from Mina Ahadi:

In another tsunami of executions, the Islamic regime of Iran has executed 57 people in the last two weeks.

On 11 November, we received news that 35 people had been executed in Vakilabad Prison in Mashad, including a 21 year old and 4 Afghans (one of whom was a human rights campaigner). On 13 November, 8 were executed in Gohardasht prison. On 14 November, 3 were publicly executed in Arak and 1 was executed in Rejaee Shahr Prison. Currently, 3,000 people, many young, are on death row in Iran. The pretext for these killings is often drug trafficking or similar offences.

Others have been killed under torture whilst in custody, including Jamil Sowaidi in Ahvaz and blogger Sattar Beheshti. Beheshti was buried in the presence of armed security forces this week. His family was effectively prevented from holding his funeral and were put under pressure not to contact international media. Political prisoners who were with Beheshti have written a joint letter attesting to his heinous torture marks. Death row prisoner Zanyar Moradi’s father recently reported that his son is again being tortured in prison whilst labour activist Shahrokh Zamani recently reported on the horrific tortures he and others have faced in prison via two letters smuggled out from prison. The maltreatment of women prisoners, including lawyer Nasrin Sotoudeh, has also recently been highlighted in the media. There is talk of stepping up executions from some officials.

The executions and deaths in custody are meant to intimidate the public and stifle social protests, particularly given the economic crisis and widespread poverty and opposition to the regime. 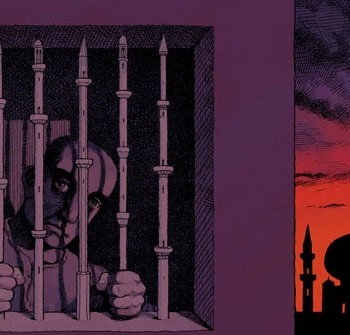 I'll be in Texas this weekend