It’s been reported that honour-related crimes are ‘rapidly rising’ in the UK.

Clearly, there will be a rise of violence against women with the rise of political religion and Sharia law. When Islamic law itself deems that women and girls are the source of chaos and fitna and calls for the punishment of those who ‘dishonour’ or commit ‘crimes against chastity’, a corresponding rise in ‘honour’ killings shouldn’t be surprising. The rapid raise also has to do with the good work of women’s rights groups like IKRWO, which have exposed the matter. The higher numbers are also because crimes are now being recorded as ‘honour-related crimes’ when they weren’t before.

Moreoever, Banaz Mahmoud’s case was instrumental in bringing things to a head here in Britain at least.

She had complained to the police on at least 4 occasions, including a day before she was brutally murdered. In fact, after one such instance where she had escaped one of their attempts to kill her, the police accused her of being drunk and did nothing.

Her boyfriend recorded her recounting her father’s attempt at killing her, which was used in convicting him and her uncle. All this because she fell in love with the ‘wrong’ guy. Here’s more about her case:

Now that the statistics and facts are available, we need to start holding those responsible to account and part of that is holding Islamism and Sharia law accountable for the rapidly rising crimes against women in Britain and elsewhere.

As an aside, the term ‘honour killing’ has caused a lot of confusion as honour is generally seen to be a positive term. I think this is due to mistranslation. In Persian, for example, there is a word for honour as something positive and another word ‘namus’ which is used to describe honour killings (ghatl e namusy). ‘Namus’ actually means chastity so honour killings would more accurately be described as chastity killings.

Either way, it doesn’t really matter what we call them. As long as we put and end to them. And if we’re going to begin to do that we need to start siding with women and girls rather than culture and religion.

As I have said many a time before, rights are for people, not cultures, religions or beliefs… 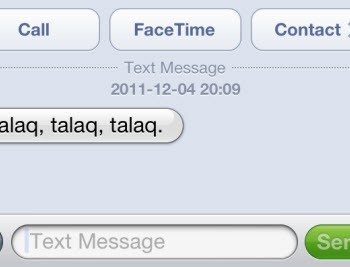 The truth surrounding Rafiq Tagi's assassination must come to light